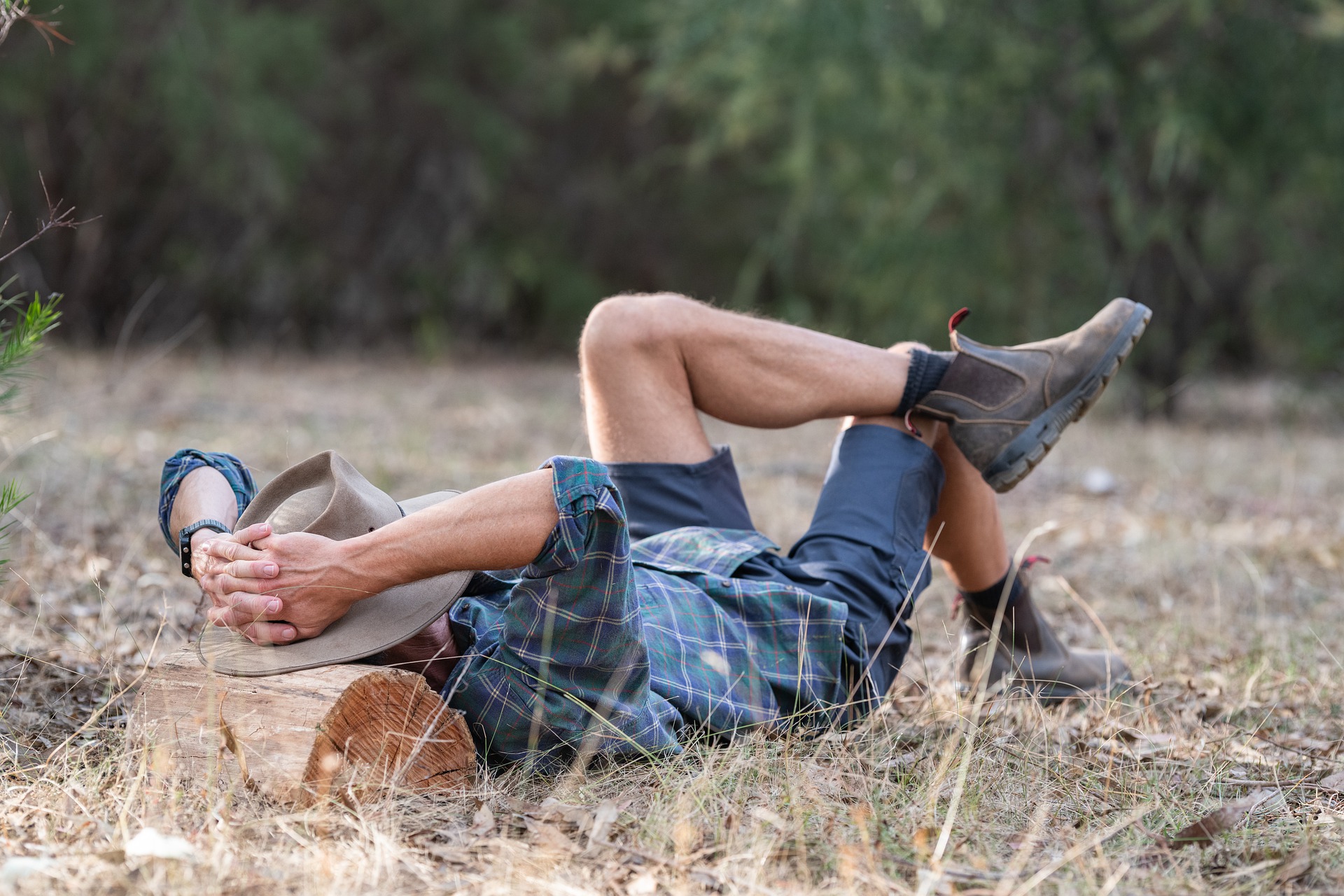 Image by Penny from Pixabay

Everyone loves to talk about money. While commonplace, money actually means different things to different people. Its many and conflicting definitions lead to vastly different economic conclusions and tend to confirm one’s preferred viewpoint. As a result, money’s lost all utility as an objective investment tool. However, redefining it in accordance with its historical use—as a common measure of value—exposes conventional falsehoods and restores money’s usefulness. It makes investing easier.

Money is commonly believed to perform three core functions, to: 1) mediate exchange; 2) store value, and; 3) measure value in a common term (a fourth is to serve as a standard for this common unit of value measurement). However, few agree on which four apply. Most pick and choose a few according to the role they’d like money to fill. However, money is not arbitrary. It plays a definitive and consistent role throughout history. Money has just one function as a common measure of value.

Money is confusing in the investment management industry. While various measures and metrics fill marketing books claiming to correlate money to investment returns, the truth is that few use it consistently. For example, below are some items commonly considered to be money.

Items commonly considered to be money

To be sure, many on this list are debated; but that’s precisely the problem. There are no clear answers when it comes to money. Many seem to rationalize a definition from preconceived notions, like banks create money out of thin air, gold hedges inflation today, that central banks make money, or even that the Federal Reserve (Fed) can influence consumer prices. Pick a desire and money’s function can follow. Hence, we get long and conflicting lists like the above. Only in economics do such fundamental disagreements exist. More surprisingly, though, is that there’s no push to reconcile them! Scientists don’t debate what constitutes water. It’s been worked out and universally accepted. Money, however, is ambiguous and by choice; and a puzzling one if utility’s the goal.

I could now reclassify that confusing list of commonly considered monetary items into logically consistent categories. I no longer debate whether bonds, gold, or cryptocurrencies are money. Distinctions between M0, M1, and M2 seem trite. None of these items are money. Rather, they are applications of money such as currencies and saving vehicles. Everything now has a place. There’s no debate and no contractions.

Note that items can have multiple designations depending on, and consistent with, how they’re actually used. Take bonds, for example. They play multiple roles in the financial system. I confidently call them savings when used by individuals and corporations to store value, and currency when institutions use them to mediate financial transactions. Though denominated in monetary units (such as dollars), bonds are not common measures of value.

Precious metals too, like gold and silver, came into sharp focus. Gold is not money, as popularly claimed. It doesn’t define monetary units like dollars (anymore), nor are items like groceries priced in its weight. Gold is not currency either as you can’t transact with nuggets, bars, or coins. Today, it’s primarily used to store value (or in ornamental and industrial applications). Gold is savings.

Gold was, however, once money, which was the source of my misunderstanding. Specifically, gold’s weight defined explicit monetary standards at various times in history. For example, many Western countries used a gold standard between 1873 and 1914. In the U.S., $20.67 was defined as an ounce of gold until 1934. Currencies denominated in these gold standards were legally convertible into the metal and thus represented an associated weight of gold. They were “as good as gold.”

However, gold no longer plays this monetary role. Fiat currencies reign supreme. In these regimes there are no monetary standards, by definition. A dollar, for example, is simply worth whatever it can fetch in a specific transaction. Gold is not money today. It’s just another asset among many.

Most impactful to me was the realization that money is (economic) production. Money measures the existence of value like length measures the existence of distance. In order to measure length, there must be spatial separation between two discrete points; otherwise there’s nothing to measure! The same holds true for money. In order to quantify economic value in terms of money, there must be value to measure. Otherwise, there’s no money.

Value is created through the act of production. While production can conjure images of mechanized factory equipment briskly performing complex tasks, it actually takes many forms. All activities done to sustain and enrich our lives are acts of production. Everything from farming, to writing computer code, to serving meals, to producing movies constitute it. Even foraging for food is one; it requires mentally discerning sustenance from poison and physically gathering it. Each productive action creates economic value which can be measured and quantified as money. Money results from production.

Say, for example, you’re a farmer. You own farmland, equipment, buildings, seedstock, and everything else required. None are leased and you’ve used no debt. This is a qualitative description of your farming operation. However, it could also be presented in financial terms. Using a balance sheet, your farm could be quantified with money. A simplified representation of it might look like the below, just before the planting season.

The above is a stylized example of the described farm’s balance sheet just before the planting season.

According to this stylized example, you have $101 million of assets and no liabilities. As a result, your net worth is $101 million (i.e. Shareholder’s equity). Your assets consist of various properties and equipment (PP&E) worth $100 million and $1 million of seedstock that you intend to plant in this upcoming growing season. You plan to grow crops, turn a profit, and increase your wealth.

Now, let’s fast forward to just after the harvest. You planted the seeds and diligently cared for them such that they grew into healthy, mature wheat crops, for example. You harvested and stored the wheat in grain silos to be sold into the market. Instead of seeds you now have 10,000 bushels of marketable wheat.

Like before, we could also describe your farm in financial terms. You still have $100 million of PP&E and no liabilities. However, the $1 million of seedstock was consumed in the process of farming. Instead, you have 10,000 bushels of marketable wheat. Let’s assume that the market price of wheat is $800 per bushel and that you incurred $6 million in operating costs to produce the wheat. Thus, your wheat is worth $2 million (10,000 bushels of wheat x $800 per bushel – $6 million in costs = $2 million, net). Your post-harvest balance sheet would then look like the following:

The above is a stylized example of the described farm’s balance sheet just after the harvest.

This example highlights two important observations. First, the same farm can be described qualitatively by listing your various assets or quantitatively with money. After the harvest, you possess PP&E and 10,000 bushels of wheat. Similarly said, you own a $102 million farm comprising of $100 million of PP&E and $2 million of wheat. Irrespective of your plans for the wheat, you own $2 million of it (at the time of this snapshot). It’s the same $2 million if you sell it at once (for currency), store it all in the silo, sell portions of it over time, barter with it, etc. The 10,000 bushels of wheat and $2 million of value express the same fact!

The second observation is that you ended with more money. You (literally) grew $101 million of assets into $102 million; not by magic, accounting tricks, or some sleight of hand. You made it. With time, effort, resources, and knowhow you transformed lower value seeds into higher value wheat. You produced $1 million! Economic activity (literally) makes money.

Reclaiming money as a usable concept is more than an intellectual exercise. It’s critical for understanding the financial world. This view of money has helped make sense of many confusing investment concepts for me. It also debunked lots of conventional wisdom. Take money creation, for example. If money is production, then the Fed can’t make money from thin air as popularly believed. The Fed doesn’t “lend” in a traditional sense. Rather, it provides (cheap) liquidity to private banks. Private banks create the money via lending borrowed capital out to productive borrowers. This money, too, does not originate arbitrarily or by accounting trick. It’s the product of leverage, investment, and risk management.

Inflation also becomes a more tangible topic. Inflation is not a monetary phenomenon like Milton Friedman contested. Rather, it’s a currency phenomenon. In each famous instance of hyperinflation, such as in Weimar Germany, Zimbabwe, and modern-day Venezuela, governments created currency in excess of actual economic production. As a result, their currency values plummeted. Money was unaffected; hence the debasement. No entity—government or otherwise—can conjure value into existence.

Similarly, gold cannot perfectly hedge inflation today. It could when its weight defined monetary standards. However, absent its monetary role, gold is just another “hard asset.” It may appreciate with inflation, but no longer must like when it defined money.

Money’s many and conflicting definitions have rendered it an unusable concept. However, this is easily remedied. Defining money as a common unit of value reclaims its utility for investing. It clears up what is (economic production) and what is not money (a laundry list of items). Using a more integrated view of money also demystifies lots of economic processes that can confuse investors like money creation, central and commercial banking, inflation, and even investing itself. Armed with this better perspective, I more confidently commit capital in the never-ending stream of investible themes.