The Opportunity Of Misplaced Inflation 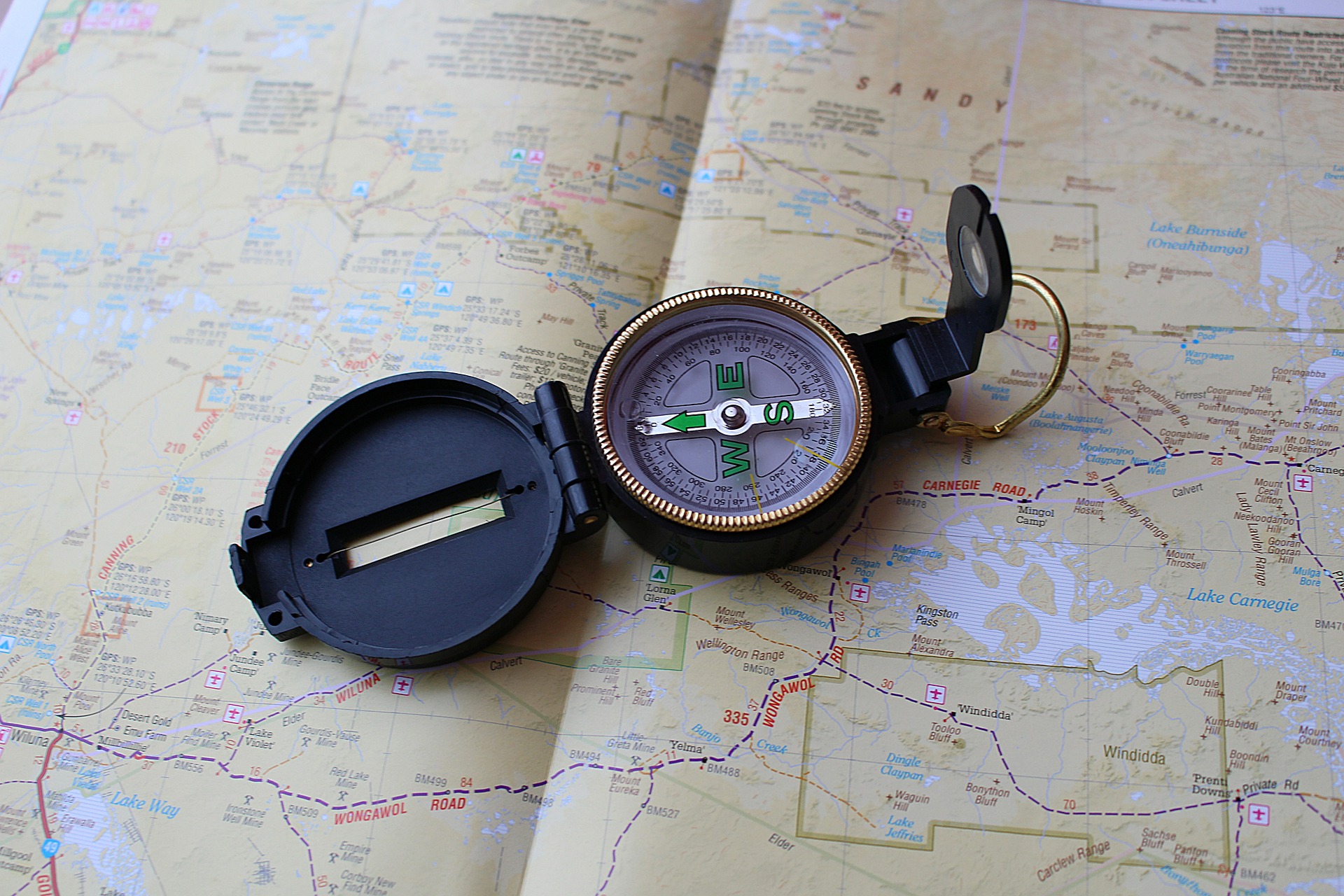 Image by Csaba Nagy from Pixabay

The global economy is apparently facing a significant problem. Inflation’s gone missing! Central bankers can’t seem to stoke it no matter how deftly they act. Neither lowering interest rates to zero (and less) nor endless amounts of Quantitative Easing (QE) appear to make any difference. This, we’re told, is a problem that is equally as serious as it is perplexing. However, this position puzzles me. What if it’s not inflation that’s lacking, but rather our understanding of it? More importantly, might this disconnect have significant ramifications for investment portfolios?

In my opinion, there are two ways in which inflation is misunderstood. The first stems from misapplying a commodity-based monetary standard practice to a fiat convention. The second potential error is placing too much importance on unit prices as an economic signal. It’s possible, I think, that both had a hand in producing the 40-year secular decline in interest rates.

Inflation Is A Currency Phenomenon

Milton Friedman famously said that “inflation is always and everywhere a monetary phenomenon in the sense that it is and can be produced only by a more rapid increase in the quantity of money than in output.” The Merriam-Webster dictionary defines inflation as “a continuing rise in the general price level usually attributed to an increase in the volume of money and credit relative to available goods and services.” Here, we can see that inflation is a relative term. It compares the value of goods and services to money.

While these definitions are commonplace today, they are in fact modern redefinitions. Inflation was first used to describe the value of (paper) currency compared to a monetary standard, not to goods and services. Emperors clipping coins didn’t devalue money per se. The standard, which was typically defined as some unit weight of commodity metal, remained constant. Rather, they merely lessened the monetary value of each coin in circulation. Hence, it took more currency to purchase the same goods and services. The same held true for paper currencies convertible into gold. Lowering exchange rates reduced their purchasing power. This was inflation. To clarify Dr. Friedman’s definition, inflation is not a monetary phenomenon, it’s a currency phenomenon!

Inflation Was Lost In Translation

Today, however, we operate under a fiat monetary standard. There is no physical definition of a dollar apart from the currency itself. A dollar is simply what someone else is willing to accept for it in trade. Given that governments create the fiat currencies used in commerce (currencies, not money!), it follows that monetary authorities would require some metric to assess if the quantity produced is optimal.

Enter the modern—and in my view, flawed—concept of inflation. It’s determined by tracking the change of the average price of a basket of goods. There are many different indices with many different mixes of goods and services, with many different kinds of adjustments made. Inflation’s use in monetary policy is to provide policymakers with an objective signal with respect to the amount of currency in circulation.

“In the earlier definition, inflation is something that happens to the circulating media at a given price level; in the later definition, an inflating currency is defined to exist when it produces a rise in the general price level, as suggested by the quantity theory. What originally described a monetary cause came to describe a price effect.” [Emphasis is mine.]

Michael F. Bryan, On the Origin and Evolution of the Word Inflation

The attempt to bring objectivity to an arbitrary, fiat system is valiant. It is, however, flawed. Put aside the issues of measurement and representation of the popular indices (hedonic adjustments anyone?). Defining monetary value in terms of tangible goods and services ignores the most fundamental fact about human wealth and prosperity creation; and it’s hiding in plain sight.

Deflation Is The Hallmark Of Prosperity And Progress

There’s no surer way to scare a macroeconomist than to utter the word “deflation.” This euphemism for falling prices conjures up thoughts of economic depression, breadlines, unemployment, and poverty. Thus, deflation must be avoided at all cost it is thought. This fear has apparently short-circuited the critical thinking mechanism of some very bright people. None seem to realize that, by our modern definition, deflation is the hallmark of prosperity and progress.

Just think for a moment. The dramatic fall in general prices is a corollary to wealth. Affordability yields abundance, comfort, and joy. Who doesn’t want more and better goods and services at an exponentially cheaper cost? (Well, macroeconomists I suppose, but I bet most are compartmentalized on this subject.)

One study demonstrates this very fact by scaling food costs to the value of unskilled labor. It found that prices exponentially fell for basic needs.

“1) The time price (i.e. nominal price divided by nominal hourly wage) of our basket of commodities fell from 47 hours of work to ten … .
2) The unweighted average time price fell by 79 percent … .
3) Put differently, for the same amount of work that allowed an unskilled laborer to purchase one basket of the 42 commodities in 1919, he or she could buy 7.6 baskets in 2019 … .
4) The compounded rate of ‘affordability’ of our basket of commodities rose at 2.05 percent per year … .
5) Put differently, an unskilled laborer saw his or her purchasing power double every 34 years … .”

This becomes more starkly apparent if you remove money from the equation altogether. Consider this: Go back far enough and everyone was a subsistence farmer (or hunter/gatherer). In other words, virtually 100% of an entire population’s time and effort was spent on producing the basic necessities for survival. Today, less than 5% of those in developed countries work in agriculture. The other 95% produce everything else that improves our lives.

Source: Our World in Data

Now that’s some massive deflation, at least according to our modern definition! Were these horrible times? Hardly so! Deflation, it turns out, is present throughout all prosperous periods of human history. Of course no one called this deflation because, quite frankly, it’s not. True inflation is a currency phenomena. It has nothing to do with the value of goods and services.

Using the modern inflation concept in monetary policy simply makes no sense. Deflation is desirable. It’s inflation we should fear. A rise in general prices can only result from wealth destroying shortages or the imposition of unnatural competitive barriers (i.e. regulation and tariffs). The invisible hand ensures just this.

Putting this aside for a moment, macroeconomists apply inflation inconsistently. It can connotes both economic growth (good) and monetary debasement (bad). What I find most bizarre though, is for exactly 2.0% inflation to be monetary panacea despite its arbitrary origin.

“’It was almost a chance remark,’ [former Reserve Bank of New Zealand Governor] Mr. Brash said in a recent interview. ‘The [2% inflation target] figure was plucked out of the air to influence the public’s expectations.’”

Furthermore, the importance that macroeconomists place on unit prices is misplaced in my view; that is if one is interested in monitoring economic conditions.

Inflation in macro is assumed to be information-laden. To practitioners, it signals tightening economic conditions such that prices rise. Falling prices, on the contrary, indicate excess “slack”; that resources are under-utilized and a cause for alarm. Perhaps most silly is the belief that price declines prevent consumers from spending. If this were truly the case few would own TVs and other consumer electronics; the Industrial Revolution would have stopped dead in its tracks.

Lost on these economists is that prices are just one tiny piece of the economic machinery. Companies change them for a whole slew of reasons. In fact, not only should prices fluctuate, they do because they are effects.

Getting Micro With The Macro

While on the surface this inflation perspective appears logical, it lacks a basis in reality. For inflation to carry significance, prices should be of paramount concern to businesses. After all, macroeconomics is merely the aggregation of the micro. Analyzing commercial activities reveals that this is simply not the case.

Consider this: Businesses seek to maximize profit (or cash flow). Profits are a function of both revenues and expenses. While important, prices are just one component of the profit algorithm.

From this equation it should be abundantly clear that a company’s fortune rests upon more than unit prices. In fact, profits might rise despite prices falling. This routinely happens when companies expand capacity or increase productivity (i.e. lower unit costs). Lower prices facilitate higher volumes which can increase efficiency. This combination often leads to greater profits, which is the ultimate goal .

True, falling prices might indicate a lack of demand. But often times they don’t. The same applies for the economy writ large.

In summary, I find the treatment of inflation to be flawed in two ways. First, defining monetary stability in terms of goods and services is inconsistent with its original conception. Inflation simply has no relevance in a fiat currency regime due to the lack of an objective standard. Secondly, the fixation on unit prices for assessing macroeconomic health seems disconnected from microeconomic realities.

Today’s lack of inflation is not a problem; it’s prosperity. So long as markets and people are left free to create and work, deflation will likely persist. We should expect (and welcome) inflation target undershoots in spite of policymakers concocting all sorts of crazy theories and policies in order to stoke it. (Thank goodness!)

The investment implications are potentially profound. What if these misunderstandings underpin the secular decline in interest rates? If so, it seems likely that markets will continue to incorrectly process the incoming inflation data given how institutionalized inflation is in investment frameworks. This should present profitable opportunities for the rest of us. Perhaps the undershooting of inflation targets—and other related trends—will persist as the growth we’re enjoying continues. In that case, I, for one, look forward to disappointing inflation readings for years to come … for both my wallet’s and investment portfolio’s sake.

Podcast Interview With The Market Huddle
Investing On Persistent Foundations

2 comments on "The Opportunity Of Misplaced Inflation"