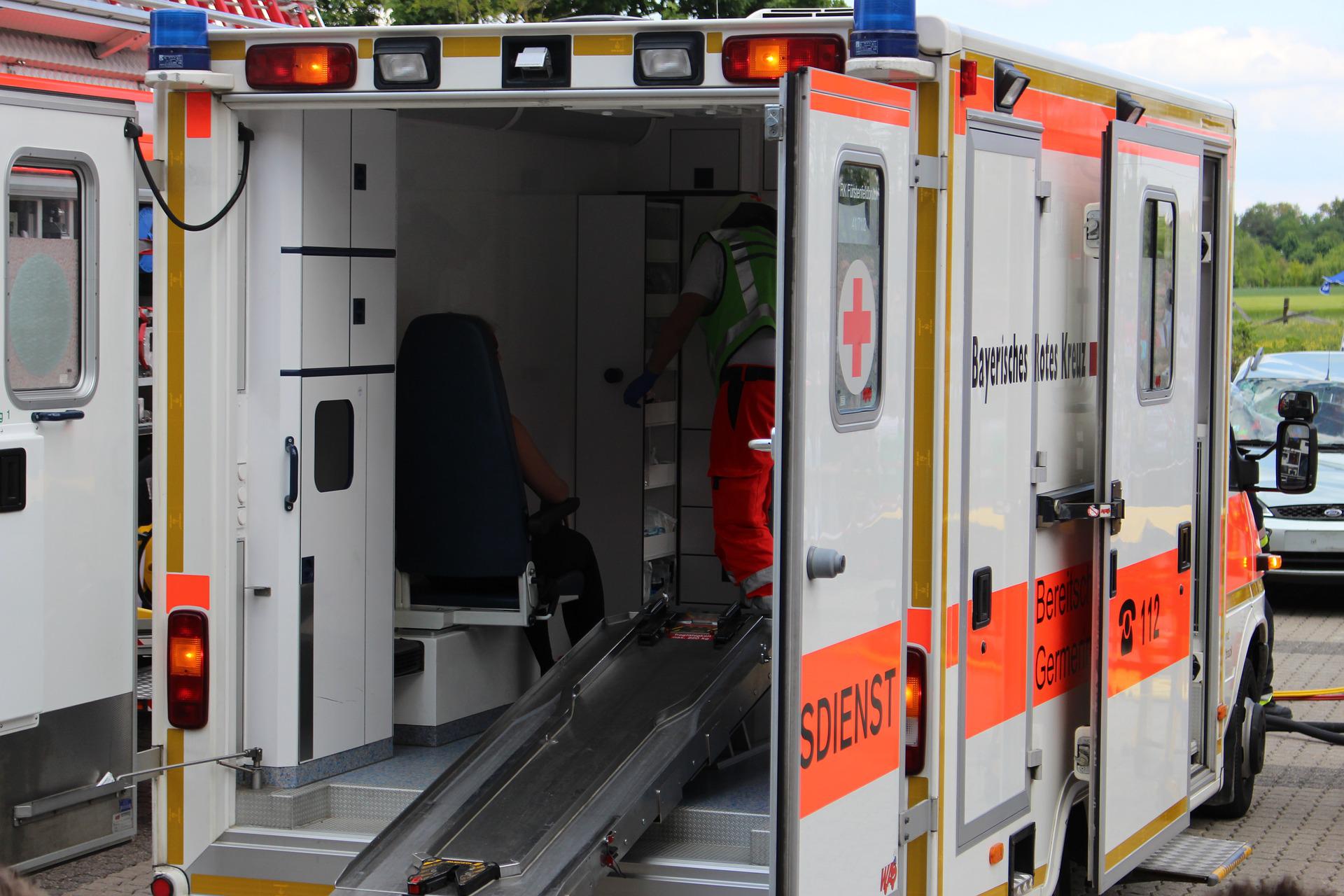 Image by Manuel from Pixabay

Speculation’s a dirty word for investors. It conjures images of reckless, degenerate gamblers, thoughtlessly buying and selling securities on whims and tips, hoping to strike it big; and fast. Contrast this to investing. Investing is perceived as thoughtful, careful, patient, and productive. Despite the resemblance to speculation, investors play mental gymnastics to differentiate these two concepts. They torture terms such that they themselves fall into their desired camp (“I’m an investor, not a speculator!”). Doing this actually hurt my investing. I’ve benefited greatly from reuniting speculation and investment.

Investing is incredibly complex. Part art and part science, it requires thought, study, deliberation, and—above all—discipline. Calling it speculation seems to cheapen the rigor required. Yet, I can’t find a logical distinction between the two. Popular differentiation attempts sound like contrived rationalizations. While parsing investment from speculation might be valid, I simply don’t see the utility. As I discussed on a recent podcast, I believe it hinders returns.

The strawmen speculators and investors

In my experience, attempts to separate speculator from investor descend from mental archetypes. Speculators are the market’s villains. They cause every economic crisis including the Bank Panic of 1907, the Great Depression, and the Great Financial Crisis. Speculators play a zero-sum game that tragically resembles investing. Motivated by greed, they gamble on asset prices, often use leverage, trade quickly, and act on feelings rather than detailed analyses. They’re here today and gone tomorrow, off to the next speculative game like a swarm of locusts, leaving a trail of destruction behind. Speculation produces no value and benefits nobody (other than the speculator) according to this view. Think: those evil Wall Street bankers!

Gordon Gekko, the dishonest corporate raider from the movie Wall Street, is a quintessential symbol of evil and greed.

Investors, on the other hand, play the financial market heroes (to the extent that a financier can these days). They are the calculating risk takers who fund tomorrow’s innovations and life saving technologies. With hard work, thorough analysis, variant perceptions, and guts, investors profit by financing production and prosperity. Their long investment horizons and big-picture focus gives them unflappable confidence in the face of market volatility. Investors improve the world and move society forward. Their exploits fill bookshelves and made J.P. Morgan, John Templeton, Jesse Livermore, Warrant Buffet, and Benjamin Graham household names.

A useless and impossible distinction

While many strain to differentiate investment from speculation, I simply can’t in any meaningful way. For example, what constitutes a thorough investment analysis versus speculating on instinct? I bet many characterize their large cap stock holdings as investments despite performing little-to-no analysis (“Company XYZ isn’t going away!”). How rigorously do investors research their passive investment positions? Yet, more than half of U.S. domestic equity funds are passive. Many are owned in 401(k) accounts either on their own or part of target-date strategies. In fact, 15% to 20% of pension and national social security funds are invested in passive funds. Are these millions of people gambling with their life savings on account of their lack of diligence; or are they investing for the long term? What about the Reddit crowd who profited from meme stocks? Many performed detailed, institutional-quality analyses of GameStop Corp’s stock market structure before trading its options. Yet, most consider them speculators. Clearly, research depth is a nonessential differentiator.

An investment operation is one which, upon thorough analysis, promises safety of principal and an adequate return. Operations not meeting these requirements are speculative.

Others attempt to separate investment from speculation by the broader, economic impact. Here, speculation is viewed as betting on asset prices whereas investment funds the expansion of production. The former describes when investments are traded among individuals. As a result, one person’s return (loss) is another person’s lost opportunity (savings). Profits are made by a “greater fool” buying your assets at higher prices. As a result, they are zero-sum in nature. Investing is different, in this perspective. It helps fund production. Thus, investment expands economic activity and investors share in the wealth they helped create. It’s a win-win. Unfortunately, this caricature has some problems.

By these definitions, most commonly considered investment activities would be classified as speculation. Most assets (and certainly stocks) are purchased in secondary markets, such as on the New York Stock Exchange. Here, they trade hands among participants, from seller to buyer. These transactions do not fund expansion projects in any way, shape, or form. People are either buying (selling) assets they think will appreciate (depreciate) or simply adjusting their risk profiles to fit their lifestyle needs. No company receives these funds. A similar point can be made for derivative trades such as in options, foreign currency swaps, and commodity futures which are all bilateral agreements, many of which are motivated by trading. Even direct government or municipal bond purchases would arguably fail the investment test since they don’t enhance activity. Furthermore, directly funding a company—such as via initial public offerings, follow-on equity offerings, new bond issuances, direct lending, and (arguably) venture capital investing—is no guaranty that the capital will expand capacity. Sometimes, it buys back stock or plugs operating losses of failing companies.

Investment is a type of speculation

Most discussions related to investment and speculation take place from a macro or societal perspective. However, from the investor’s point of view there is no difference. All human action entails speculation; from the caveman leaving his shelter in search of food, to the modern-day derivatives trader. The future is unknowable—by definition—but to varying degrees (for example, I can be 100% certain that tomorrow will follow today, but less certain that I will live to see it). Investors, like the caveman, make educated guesses to maximize success in their respective realms.

At its core, investing is an act of selection that plays out over time. We take existing capital, buy something (excluding short sales for simplicity’s sake), and wait. Later—a second, a month, or a decade—we check to see how much we’ve made or lost. Investors only select assets, how much, and when to transact. We do nothing else. How the assets’ prices move are completely out of our hands. As time passes, our gains and losses build.

The Investing Equation. Investing is the act of selection.

The goal of investing is to make money from money, plain and simple. This can only happen if what we buy appreciates after we’ve bought it. Financial cash flow models, artificial intelligence-run statistical analyses, and simple moving averages all attempt to handicap the probabilities of price movements. While their complexities vary, their uses do not; they are all tools. There are many ways to invest, but only one way to make money investing: buy low and sell high. Making money is the virtue, not creating intricate investing techniques or holding positions for vague and arbitrary timeframes (like the “long term”).

Thus, I see investing as a specific case of speculation. It’s speculation with capital on asset price movements, rather than with time or energy for other goals (like the caveman in search of food). How we speculate with capital is a matter of choice. Investing is that act of selection.

A tendency prevails to make a sharp distinction between such purely speculative ventures and genuinely sound investment. The distinction is one of degree only. There is no such thing as a nonspeculative investment. In a changing economy action always involves speculation. Investments may be good or bad, but they are always speculative. A radical change in conditions may render bad even investments commonly considered perfectly safe.

This realization greatly enabled my development as an investor. Prior to it, I felt uncomfortable investing without some complex and thorough analysis. I wouldn’t buy an asset unless I thought I was early, had some unique insight, and it was cheap. Yet, my personal investments underperformed. Unbeknownst to me, my disdain for speculation was to blame.

Changing my perspective changed my investing results. I prioritized making money over making models and being right. I can now consider a wider variety of trades. Developing an integrated investment framework helps me trade speculative assets like Bitcoin, for example, without having to compromise my analysis. I can buy it for its fintech qualities and for its favorable price trend irrespective of its rationality. I just have to make money, plain and simple. This perspective also helps me trade more tactically and better manage positions by selling losers and adding to winners which my previous view impeded.

I no longer worry whether I’m speculating or investing. Proper definitions serve human action. My attempts to differentiate the two only detracted from my investing. If I must make a distinction, I turn to Jonathan Hoenig who wrote (when describing his approach of holding only profitable positions by selling losing ones): “you are a trader when you are wrong and an investor when you are right.”

Many investors try to differentiate between investing and speculating. They see the former as a win-win activity where the investor prospers alongside their investment target. Speculation has a negative connotation and is viewed as zero-sum gambling where one party wins at the expense of the others.

However, these attempts at distinction are both meaningless and harmful. In my view, all capital market participants enhance economic productivity by improving access, lowering transaction costs, spreading risks, and facilitate expansion projects. Speculation is inherent to all human actions and is a part of investing, not separate. The goal of investing is to make money from money. It requires committing capital in the presence of uncertainty. Using tools helps, but sophistication is not required.

Removing the distinction between investing and speculation made me a better investor. I no longer fret over the novelty of my investment ideas. Rather, I focus on the quality of their returns. Dropping my neurotic concern enabled me to consider more potentially profitable trades and improve my risk management. Saving speculation’s image helped me better achieve my investment goals: to make more money.