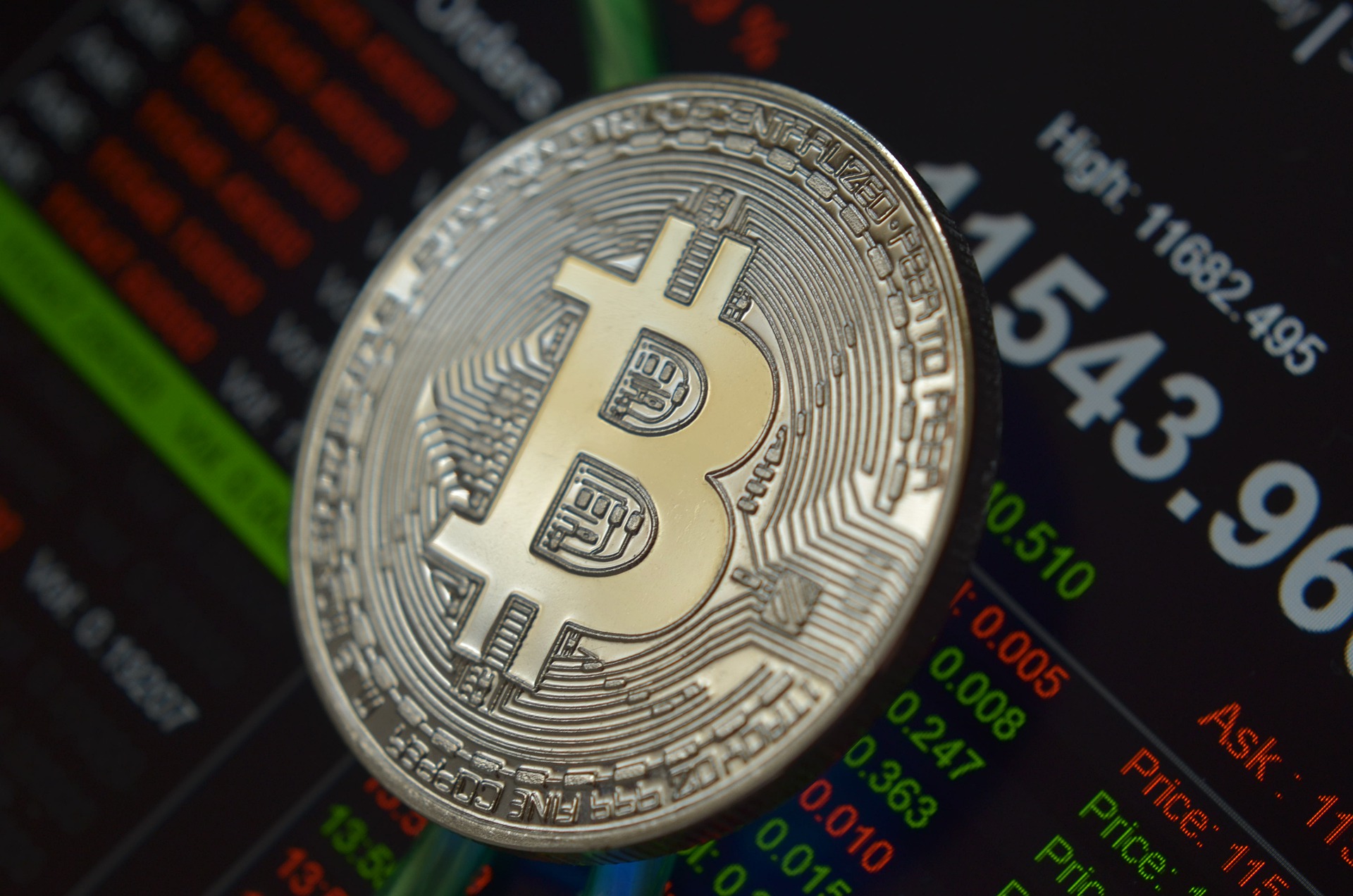 Image by Miloslav Hamřík from Pixabay

It’s all Bitcoin all day in my Twitter feed these days. Quiet are the Tesla bears, the Fed-obsessed, and even the gold bugs. The HODLers are out in full force celebrating Bitcoin’s parabolic, seven-fold resurgence from the ashes of $5,000 (as of the morning of this writing). Frankly, I’m skeptical of Bitcoin. I see it as a speculative tech stock, not digital money. However, I’m not avoiding the cryptocurrency. Instead, I’m trying to determine an appropriate position size and strategy consistent with my investment framework.

I’ve been around the Bitcoin hoop for a while now. I traded a very small amount in the early days and made no significant gains (in absolute terms). At first, I was drawn to the prospect for decentralized money and banking—the theoretical and practical benefits that cryptocurrencies potentially possess. However, I expected more development 12 years into Bitcoin’s existence. To me, it still more resembles a tech stock in 1999 than a burgeoning currency—all potential; no (meaningful) practicality (yet).

While I’m certainly not the most plugged in to the cryptocurrency scene, I am informed. Given Bitcoin’s lofty market capitalization ($666 billion as of this writing)—eclipsing that of Walmart, Johnson & Johnson, and all but a handful of blue chip companies—I’m surprised that Bitcoin still has so little utility in comparison with these household names. Surely some people are using Bitcoin, but the overwhelming majority appears to be hording it in hope of higher prices.

Value Requires Utility, Even for Money

Value, in my view, requires utility. Thus, “intrinsic value” is illogical. I don’t see how something can have value in and of itself; just because it exists. To have value, an asset must have value to someone; a.ka. a value-er.

Material objects as such have neither value nor disvalue; they acquire value-significance only in regard to a living being—particularly, in regard to serving or hindering man’s goals.

Ayn Rand, “From the Horse’s Mouth,” Philosophy: Who Needs It

Food, housing, entertainment, art, etc. all serve purposes for the purchasers of such items. Their market prices reflect this value. Remember, oil was a property-devaluing nuisance prior to 1859. Today, however, the opposite is true. What changed? The invention of oil refining birthed utility to the previously useless sludge transforming it into the black gold we know it as today.

Money is no different. It serves a human purpose from which it derives its value. Money is a measurement concept for economic worth. It quantifies value, making it relatable among people and hence facilitates trade. Just like there could be no houses, cars, or smartphones without standards of length (feet, inches, meters) or time (seconds, hours, days), modern economies necessitate monetary standards.

Bitcoin is Not Money (and Probably Never Will Be)

Bulls commonly consider Bitcoin to be the future of money. To be honest, I just don’t see it. Money is simply a unit of account in my opinion; a type of specific measurement used to tally economic value. Money is not synonymous with a medium of exchange or store value. While these functions are necessarily denominated in money-terms, they are distinct concepts, in my view. This conflation only breeds confusion.

My delimited—if not uncommon—definition of money highlights Bitcoin’s challenge here. Until you’re paid by your employer or buy groceries in units of Bitcoin, it won’t serves as a commonplace measurement of economic value. People will mentally convert any Bitcoin transactions into the local monetary standard (dollars, euros, yen, etc.), no matter how splashy the headline.

However, an actual read of the details reveals that the team is in fact paying him in dollars (i.e. fiat). Half his salary will be automatically be converted to Bitcoin at the spot rate. Using similar logic, Okung is also being paid in food, clothing, and cars.

That said, just because Bitcoin is not money doesn’t make it valueless. Its supporters make other reasonable claims which can systematically be analyzed once unpacking Bitcoin from its many slogans. These other use cases are more plausible, in my view, and potentially give Bitcoin its value.

Bitcoin’s Value is All in the Future

When you boil it all down, Bitcoin is fundamentally a database. Its innovation is in how it’s maintained. Bitcoin requires no central authority (i.e. an owner, like a company) to operate like all others. Rather, its database is maintained by the decentralized Bitcoin network (i.e. the ecosystem of participants).

Decentralization carries both benefits and drawbacks. Bitcoin’s main virtue is its immutability. It’s extremely difficult to unilaterally alter. However, this robust integrity comes with a cost. Updating the Bitcoin database is very slow.

Bitcoin’s database fidelity is as innovative as it is potentially valuable. Satoshi Nakamoto’s vision—Bitcoin’s mythical creator—was for it to serve as a trustless system for electronic transactions; “a purely peer-to-peer version of electronic cash.” In other words, Bitcoin was initially envisioned as a payment platform for transmitting value efficiently and cheaply—i.e. electronic currency. This differs from today’s systems which are slow, expensive, cumbersome, and the result of byzantine regulations.

While I find Bitcoin’s technology promising, it’s nonetheless more potentiality than reality. There’s simply little evidence that Bitcoin is being used much for anything other than financial speculation. Bitcoin’s price is completely disconnected from its use in transactions—its utility. The former has exponentially soared while the latter has stagnated.

To be sure, the world is digitizing. However there’s little evidence that Bitcoin—or any other existing cryptocurrency—is required to effectuate this future. Despite (alleged) hordes of smart people working on cryptocurrency-related projects, there’s presently not much use for Bitcoin. Its prospects lie firmly in the future and are far from certain. Thus, while I’m hopeful for Bitcoin’s success and mass adoption, I simply see it as another “trading sardine” for the time being.

There is the old story about the market craze in sardine trading when the sardines disappeared from their traditional waters in Monterey, California. The commodity traders bid them up and the price of a can of sardines soared. One day a buyer decided to treat himself to an expensive meal and actually opened a can and started eating. He immediately became ill and told the seller the sardines were no good. The seller said, “You don’t understand. These are not eating sardines, they are trading sardines.”

Calling Bitcoin a trading sardine is no knock. There’s clearly good money to made in its speculation. For me, until I was able to size it up in my framework, I’ve been gun-shy to commit meaningful amounts of capital to it. After all, everyone needs an investment philosophy whether we know it or not. While I see Bitcoin’s promise, I also see zealots giving me pause.

For me, Bitcoin fits into two distinct strategies. The first is purely a momentum trade. I simply want to trade its trend. This could be very significant since most investors appear to be accumulating positions with no intention to sell. Thus, the emergence of more and larger players, like institutions, could have outsized price implications on the limited supply of Bitcoin actually circulating. (The opposite is also true!)

MassMutual has purchased $100 million in Bitcoin for its general investment fund, the latest mainstream firm to dabble in digit assets. https://t.co/zGXliuwqL1

My second strategy is value oriented. I too am enamored by Bitcoin’s potential to transform financial services. If Bitcoin were adopted en masse, then surely its price would rise as use case demand met the fixed supply. However, I have very low conviction in this. First, I am skeptical that it will actually occur given the vast amount of regulation in the space. Furthermore, I’m not convinced that Bitcoin would necessarily emerge as the winner should my capitalist utopia materialize.

Thus, I have a hard time committing significant amounts of capital to either trade. However, I am still able participate by managing my position size. I’m keeping them small given my skepticism. Of course, these are my opinions. Others will have different views and different exposures.

Bitcoin may be the most emotionally charged investment asset of my career. Its supporters make the proponents of gold, Tesla, or even home ownership look skeptical. While their zeal raises a giant red flag for me, I don’t want to reflexively write Bitcoin off either. Rather, I’m trying to dissect the theses, analyze its prospects, and devise a potential plan for trading it.

I see two potentially different ways in which to profit from Bitcoin. The first is a momentum strategy. I simply want to follow its trend. The second is a value-based, fundamental view. If Bitcoin can serve as a backbone to a next-generation financial services sector, then demand is sure to rise.

To be sure, I have low conviction in both strategies. However, by isolating these views within my framework, I can now start to systematically allocate capital towards each with more confidence by scaling my position size to my conviction.

The future is always unknowable. Sizing up financial risks is what investors do best. While emotions provide valuable signals, further analysis can often improve their utility.

Disclosure: I am long small amounts of Bitcoin and Ethereum.