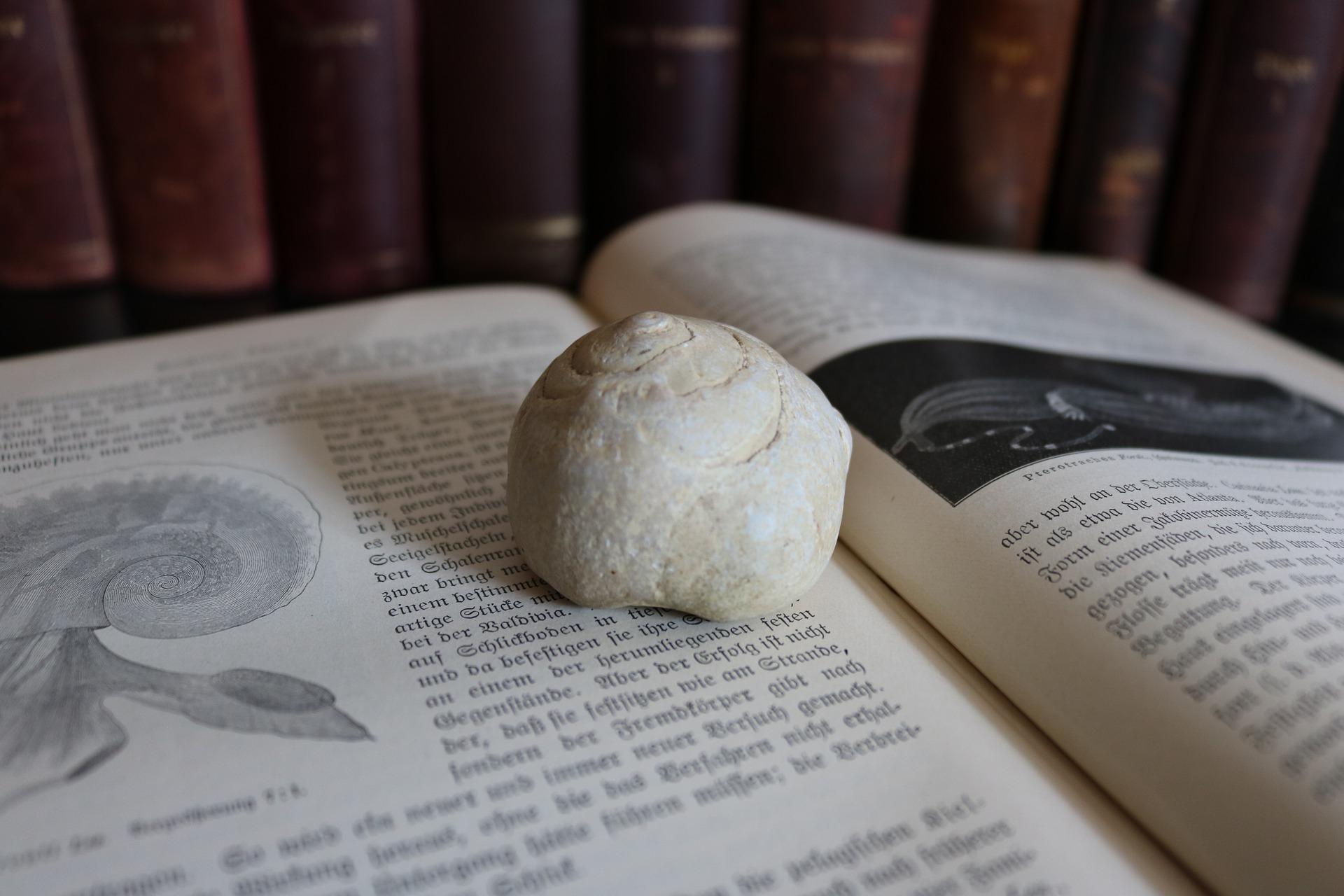 Image by Christian Storb from Pixabay

I can’t shake money from my mind. It features prominently in this age of pervasive central banking, Wall Street bailouts, investment market obsessions, and cryptocurrency culture wars. Many seem to have prospered by betting big on money-related investment themes from speculating on Bitcoin, to buying profitless technology stocks, or shorting volatility. Yet, for all its use, money remains a confused topic. It lacks a uniform definition. Worse, money has many and conflicting ones rendering the concept almost meaningless. Money seems to be whatever one wants: gold, fiat currency, cryptocurrency, bonds, derivatives, etc.

Yet, there’s hope for resuscitating money from its unusable state. After all, it wasn’t always confusing. Even the earliest humans used money. Looking back through history, I found ample support for money’s proper conceptual use. In fact, today’s many definitions still retain its remnants. All (implicitly) acknowledge that money facilitates exchange. It is, and always has been, a common unit of measurement for economic value (only).

Harmony within the conflict

Money’s most popular definition belongs to William Stanley Jevons. He famously attributed four functions to money as a: 1) medium of exchange; 2) common measure of value; 3) standard of value, and; 4) store of value. Scores of economists have since (and prior) defined money as some combination of these four functions. From them sprung numerous economic theories.

Yet, money definitions conflict in many ways. Is money a commodity or debt? Do governments create it or is money endemic to private trade? Is gold money or a shiny rock? Can banks conjure it from thin air? Each of Jevon’s money functions yields a different answer. Thus, it’s no surprise that we have such varying economic opinions.

However, there are two aspects of Jevon’s four money functions common to all. First, money relates to exchange. No transactions, no need for money. A man alone on a deserted island has no need for money. Only when joined by a companion does money enter the scene. Money is a tool for trade. It allows people to swap various goods and services by expressing them in common terms. As Aristotle noted:

This leads to the second common aspect implied in all of Jevon’s money functions (and stated by Aristotle): Money is a measurement concept. It expresses economic value in common terms. Whether buying and selling goods and services or saving for the future, money’s used the same. It quantifies value in a shared language. One question subsumes its every use: How much? How much does the widget cost? How much have I saved in my investment portfolio? The answers are quantities of money—a common measure of value.

Yet, a proper definition must be more than linguistically consistent. Making sense is not enough. Definitions distinguish concepts from each other. Thus, they must correspond to reality to be useful. Otherwise, they will lead us astray. Money’s consistently been used as a common measure of value throughout the eons, bolstering its position as such. It is money’s essential characteristic.

Money’s various manifestations have been well documented. Professor David Graeber surveys many—spanning cultures, geographies, and time periods—in his book Debt: The First 5,000 Years . While not his objective, Professor Graeber provides ample support for defining money as (only) a common measure of value.

This was most evident in primitive societies such as the Tiv of Central Nigeria and in Medieval Ireland. Both measured value in terms of human beings, though they didn’t necessarily transact in them.

The Tiv viewed marriage as an exchange of women by men (moral judgement aside). Thus, only another marriage-age woman could rightfully compensate a family for marrying off one of its own to another man. This, of course, created a coincidence of wants dilemma common to barter. “Fair” trades—i.e. woman for woman—were difficult to find. The Tiv, however, constructed a workaround. They came to accept payments of special brass rods in exchange for wives. However, no amount of rods could fairly amount to a human life. Thus, payments continued for years beyond weddings. For the Tiv, women were the common measure of value in these transactions. Individual, marriage-age women and, more commonly, brass rods mediated exchange.

A similar phenomenon occurred in Medieval Ireland around 600 A.D. People used the cumal as money. The cumal, though, was strangely defined. It equaled one slave girl (again, moral judgement aside). While various debts, such as legal fines, were calculated in terms of cumals, slave girls were (thankfully) not used to transact. Rather, elaborate penal codes converted cumals into other items with which people would, such as cows, pigs, or various foodstuff. Like the Tiv, the unit of account and medium of exchange were separate.

Credit also routinely mediated trade. Accounting systems arose to track credits and debts among people without exchange mediums, like coins. The Sumerians in Mesopotamia, for instance, created one of the earliest known systems with clay tablets and cuneiform writings. Tablets tracked credits and debts in terms of standard weights of silver called shekels. However, payments rarely occurred in silver, as Professor Graeber notes. Debts were typically settled in “more or less anything.” Barley was most commonly used, as were items like goats and furniture.

There are many more examples. Wooden tally sticks recorded debts in medieval England. Knotted strings and notched strips of bamboo and wood were used in China, similar to the Incan khipu method. Luigi Einaudi documented how French kings in the time of Charlemagne kept accounts in Roman money even though none circulated. People traded with locally minted currency. Alfred Mitchell Innes noted how early, colonial Newfoundland fishermen swapped dried fish for supplies even though values were calculated in pounds, shillings and pence. Cod and staples traded hands, not official currency.

Even metallic content in coins, it seems, did not serve as monetary standards. In his 1913 essay, What is Money, Mitchell Innes illustrated the large degree to which similar coins varied in their metal content and purity. For example, ancient Greek coins greatly varied in metallic composition. Some were mostly gold, others were mostly silver, and some were bronze. Yet, they represented the same value. This also occurred in France between 457 and 751 A.D. where the Sol (or Sou) was the monetary unit. Some were pure silver, others were pure gold, and some were alloys. Thus, Mitchell Innes concluded that circulating coins were tokens. They were currencies; “the monetary standard was a thing entirely apart from the weight of the coins or the material of which they were composed.”

Separate and not equal

Historically speaking, mediums of exchange and the common measure of value have always been separate concepts. Money, it seems, never played both roles. Whether transacting in gold coins, copper ingots, shells, beads, livestock, brass rods, feathers, or salt, none served as a common measure of value. Rather, they mediated exchange as currencies to settle transactions measured in money. These token currencies only represented economic value and served as proof to those who possessed them. Currencies and money are different concepts.

The store of value function suffers a similar defect. People preserved wealth in numerous items throughout history from crops, to diamonds, to publicly traded equities. None, however, served as a lasting common measure of value. This function, too, is separate from money. It’s savings. Like currency, savings can be quantified in money terms for planning purposes. Savings fund such delayed consumption as home purchases, college tuition payments, retirement living expenses, gifting, and insurance for unforeseen needs.

Money is a confusing topic today. It’s widely accepted to perform four main functions as a medium of exchange, common measure of value, standard of value, and store of value. However, few agree on which four apply. Thus, money suffers from having many and conflicting definitions which leads to vastly different economic conclusions.

Yet, money is an ancient concept. The earliest humans used it for two purposes. First, money facilitated exchange between people. An isolated human has no need for money. Money specifically did this by, secondly, quantifying the value of goods and services into a mutually understood language. In other words, money was a common measure of value. This use is evident in all cases, from primitive to modern.

Thus, money is a distinct concept from mediating exchange or storing value. I call the former currency and the latter savings. Much of our economic confusion stems from conflating these three distinct concepts. Money has just one function.

Definitions play a critical role in human cognition. They form the bedrock of knowledge. To no surprise, rediscovering money and logically (re)defining it has significantly furthered my own grasp of economics and investing. Aristotle nailed it again.