Money’s Many And Problematic Definitions 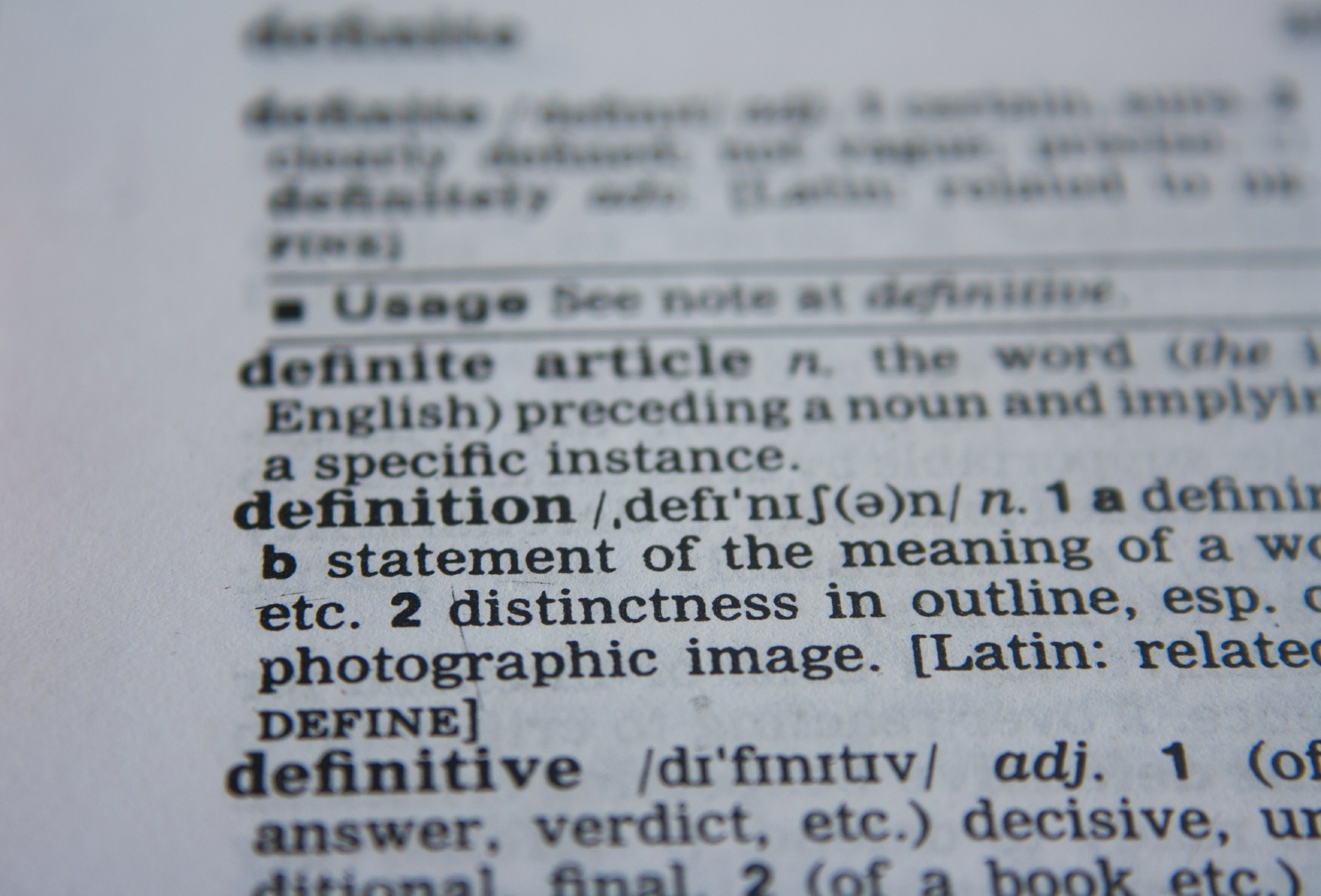 Image by PDPics from Pixabay

There’s no escaping the Federal Reserve (Fed) when it comes to investing these days. The Great Financial Crisis (GFC) showed how the movement of money through the financial system can impact markets and mainstreamed these previously obscure discussions. As a result, flexing your financial system “plumbing” expertise is now fashionable. Thus, money’s role in investing has (arguably) never been more in focus. Yet, money means different things to different people. It does not, surprisingly, have a uniform definition. This is highly concerning. How can we analyze economic performance, evaluate policy, assess money market impacts, and make thoughtful investment decisions without a consistent view of money?!

Yet, we hardly think twice about money. Financial media bombards us with expert opinions of what may, may not, or even should happen in money markets with no consideration for money’s disparate definitions. Whether you view it as a medium of exchange, a store of value, or just something the government prints will guide your opinions of everything from central banks, to interest rates, to inflation (you even might come to think that banks create money from thin air!). Somehow, this sorry state of affairs has persisted for a long time.

In the investment management industry, money belongs to the realm of economists, strategists, and other macroeconomic focused analysts. It’s almost always discussed with respect to the Fed’s monetary policy and the potential impacts to money supplies, economic growth, and markets. A dizzying array of charts populate pages of thick marketing books illustrating alleged relationships between money, models, and the investment performance for common and exotic products alike.

Yet, if you asked ten experts for a definition of money you’d likely end up with as many answers. There is no consensus. In fact, money’s become more complicated. Classifying it has evolved into a game of one-upmanship where obscure lists portray monetary expertise. Complexity is conflated with conceptual grasp.

For example, below are some common items considered money. Some, like cash, are likely to make everyone’s list. Others though, like bonds or cryptocurrencies, certainly won’t. To be sure, people have their reasons for inclusion. For example, financial institutions use bonds and derivatives as mediums of exchange, much more so than commonly accepted monetary items like cash. Many contend that gold is money while others see it as a shiny, overvalued rock. The treatment of credit cards, for instance, is also tricky. How much, if any, constitutes money; the entire credit line; outstanding transactions at a given date; an average amount over some selected time period? When it comes to identifying money, there’s no clear answer.

Defining money is an old problem

Interestingly enough, money’s meaning has been debated for millennia. It’s never had a common definition, and not for lack of trying. Scores of serious thinkers, dating back to the Ancient Greeks, have contemplated money.

Money’s most famous (if not common) definition belongs to William Stanley Jevons. In his 1875 essay Money and the Mechanism of Exchange, Jevon states: “Money is the measure and standard of value and the medium of exchange … .” He then explains how it performs the following four functions which form the bedrock of our notions today. According to Jevon, money is:

To be sure, Jevon is neither the first nor last to contemplate money’s definition. However, aspects of Jevon’s four functions prominently feature in most discussions, even today.

Jevon viewed money as both “the measure and standard of value and the medium of exchange.” He shared this with at least two predecessors, Adam Smith and A. R. J. Turgot. To these three, money is a way to assess value and also transact with others. It’s a tool for measurement and trade.

Other economists, like Ludwig von Mises and Murray Rothbard, contended that money is solely a medium of exchange. They saw it as a commodity for which people trade goods and services. To them, money innovated direct barter.

Economist John Maynard Keynes and philosopher Ayn Rand, however, believed money has a store of value component in addition to exchange qualities. To these strange bedfellows, money conserves value for future use.

Aristotle saw money as only a common measure of value; not a thing to be exchanged, per se, but a way to equate economic utility among items. This abstract accounting perspective was also shared by economists Milton Friedman and Anna Jacobson Schwartz and more recently by Jan Kregel. Yet, there’s still disagreement within this cohort. The former duo defined money as the aggregation of various commercial bank ledger entries while Kregel views money as a system for recording settlements.

Some economists believed that money could only be a commodity, while others, like L. Randall Wray, contend that money is always debt. Hyman Minsky thought that anyone could create money; Carl Menger argued that money was endemic to trade and independent of the State; while Wynne Godley and Marc Lavoie call money pieces of paper that the government prints.

There are seemingly hundreds of perspectives of money. Worse, you can find intellectual support for whichever definition you want! Those I shared above (for which you can find full quotations in the Quote Section at the article’s end) are not unique nor even exhaustive. They are merely a few that came to mind. Everyone, it seems, has their preferred definition of money.

Your view of money impacts many others

While a diverse list of money makes for fun conversation, it’s extremely problematic. We use the concept of money in so many applications. Diverse definitions produce vastly divergent opinions and analyses.

For example, defining money as the aggregation of various commercial bank ledger entries will lead one to believe that the Fed creates money. Through its open market operations, the Fed entices private banks to borrow reserves from it which it literally creates with a few keystrokes. Thus, the Fed prints money by crediting bank ledgers with reserves brought into existence.

However, viewing money as a common measure of value—i.e. only as a measurement concept—leads to a different conclusion. In this perspective, the Fed plays (virtually) no role in the money creation process since it does not produce economic value. Rather, only private banks make money via the productive employment of leverage. They lend capital to the private sector which creates more assets, and thus, money. Give an entrepreneur $10 now and he/she turns it into $20 later. Voilà, new money!

If money must conserve value then gold might be superior to fiat currency. If money’s a medium of exchange then fiat currency has the edge since you can’t transact in gold. How you define money will impact your view of today’s inflation (transitory or not) and the best ways to protect your portfolio. Money is not a trivial issue.

Houston, we have a problem

Not only does money lack a uniform definition, it has conflicting definitions. How can it only be a product of the State and independent of it at the same time? How can money only be debt and only a commodity? These views contradict! They violate the most fundamental principle of logic, the law of identity. A thing cannot be two separate things at once; it is what it is, always.

Similar issues rarely arise in other sciences. There’s no debate over water. It’s unanimously accepted as a colorless, odorless, liquid comprised of two hydrogen and one oxygen atom that can exist in three phases at different temperatures and pressures. There aren’t different opinions of what constitutes water and what doesn’t. Water means the same thing to everyone, even in different languages. Water’s water.

To be sure, each of these many perspectives of money bears some resemblance to reality. Clearly, the government prints our money today. It’s also true, though, that this a modern phenomenon; money existed long before States took over. Gold also played a role as a monetary standard, but no longer does. Thus, none can be summarily dismissed, in my view. However, it’s not clear which definition is being used by whom, when, and if it’s logically consistent in the given instance.

Money’s contractions must be resolved if we are to effectively use it as a financial concept. A continuation of its confused state will continue to produce the illogical and conflicting analyses so common today. Money requires integration.

what part of the cycle is this? pic.twitter.com/v45vS2HvAx

True or false, this image perfectly captures the sorry state of economics. Only here do experts seemingly know so little such that non-experts can offer more sought after analyses (real or in jest).

Analyzing the financial system’s mechanics have become commonplace since the GFC. While we’ve gained valuable insight into previously unknown investment risks and opportunities, it’s exposed an important shortfall in our financial knowledgebase—money is not consistently defined. We use the concept of money to analyze everything from economics to policy to investments. Money is foundational to our modern lives.

Yet money has many commonly used, but different definitions. Worse, they contradict which defies principles of logic. The clearer our concepts the better our command of the natural world can be. This problem with money has shockingly persisted for millennia. Yet, this is the current state of economics. It’s no surprise that it’s so underdeveloped compared to other sciences.

Money requires a uniform definition. Its many valid perspectives must be integrated into a singular, useable concept if we are to improve our investing prowess. Only then can we clear up the confusion common to economic analyses and improve the science’s status. Our financial literacy, and modern lives, depend on it.

Every commodity has the two essential properties of money, those of measuring and representing all value, and in this sense, every commodity is money.

A. R. J. Turgot, Reflections on the Formation and the Distribution of Riches (1770)

It is in this manner that money has become in all civilized nations the universal instrument of commerce, by the intervention of which goods of all kinds are bought and sold, or exchanged for one another.

Money itself, namely that by delivery of which debt contracts and price contracts are discharged, and in the shape of which a store of general purchasing power is held …

A medium of exchange which is commonly used as such is called money.

… the most useful definition designates as money the sum of currency outside banks plus all deposits of commercial banks—demand and time—adjusted to exclude interbank deposits, U.S. government deposits, and items in the process of collection.

Money is not merely a tool of exchange: much more importantly, it is a tool of saving, which permits delayed consumption and buys time for future production.

Murray Rothbard, Austrian Definitions of the Supply of Money (1978)

In principle every unit can “create” money—the only problem for the creator being to get it “accepted.”

The government buys services and pays for them with money, which consists of pieces of paper which it prints.

Money is not a physical thing, but rather a system of account recording settlements in a common notional unit of account.

Jan Kregel, The Economic Problem: From Barter to Commodity Money to Electronic Money (2021)

4 comments on "Money’s Many And Problematic Definitions"