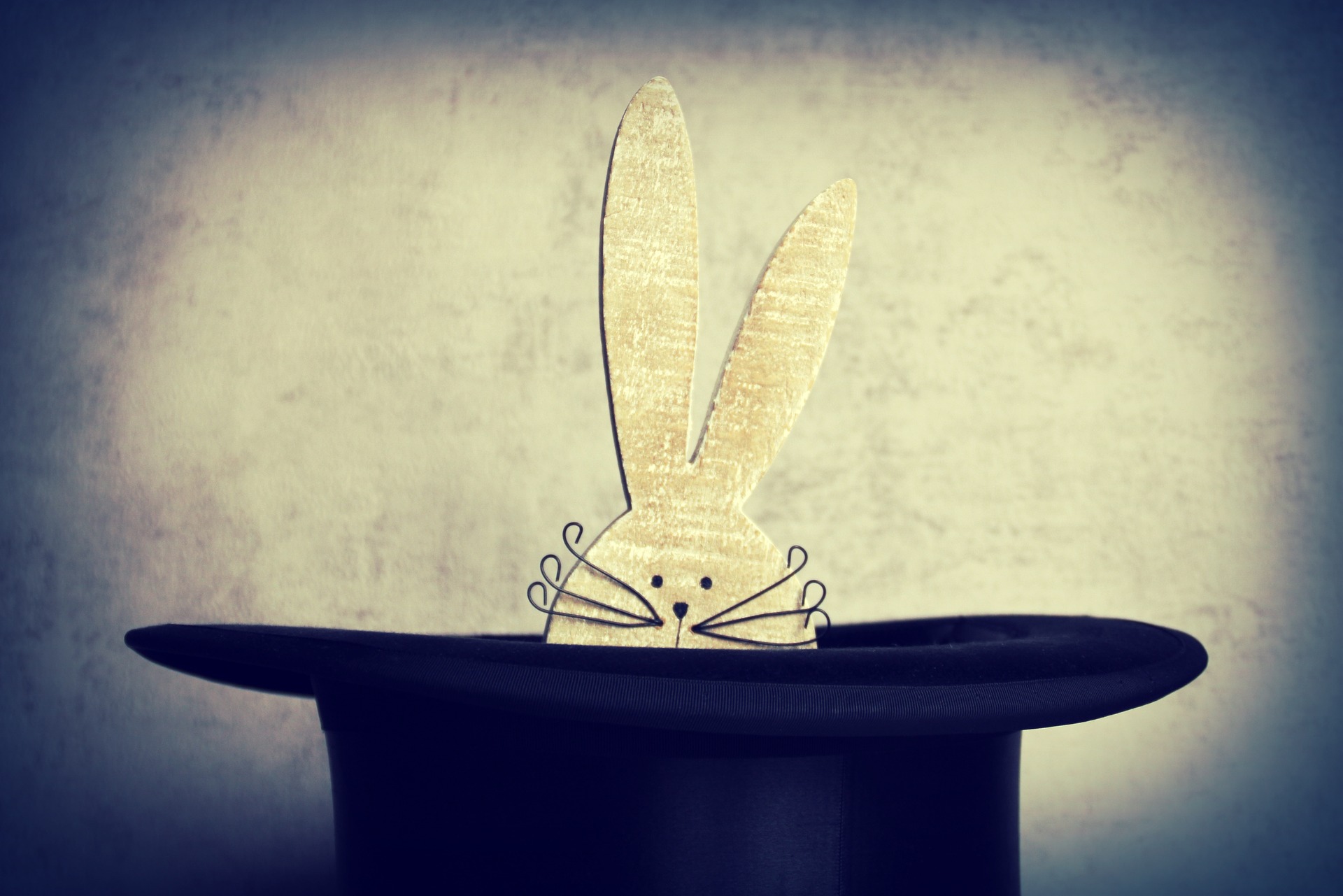 Image by Kranich17 from Pixabay

Not a day goes by without the need for money. Whether buying a cup of coffee, checking your investment portfolio, or contemplating monetary policy, money is always top of mind. Yet despite daily use, money confounds us. Even experts ascribe mythical qualities to it. For example, many believe that banks create money out of thin air. While seemingly logical at first, such magical thinking falls apart from a real-world perspective.

In my opinion, Professor Richard Werner of Linacre College at the University of Oxford makes the strongest case for banks making money from thin air (the Bank of England makes a similar one, too). He treats banks like modern-day alchemists, using parlor tricks—in this case financial accounting—to bring new money into existence. However, this view, in my opinion, is flawed. It’s too concrete; it too narrowly focuses on banks and fails to appreciate the greater role that money plays in our lives. The “money from thin air” view confuses borrowed money (i.e. leverage) with permanent—i.e. actual—money.

No money, no problem (if you’re a bank, allegedly)

In a 2015 paper, Professor Werner (allegedly) illustrates how banks create money from thin air. He expertly details this process with a 2008 transaction by the Swiss bank Credit Suisse. Soured subprime mortgage transactions left Credit Suisse teetering on the brink of insolvency. The bank needed fresh capital to survive. However, raising it was difficult. Investors don’t readily lend to insolvent banks.

Luckily though, Credit Suisse needed not fret. It was a bank. It could simply conjure some money up. All banks can, according to Professor Werner, and this is precisely what Credit Suisse did. After a few keyboard strokes: Voila! Credit Suisse minted itself £7 billion and was now solvent.

The link between bank credit creation and bank capital was most graphically illustrated by the actions of the Swiss bank Credit Suisse in2008. This incident has produced a case study that demonstrates how banks as money creators can effectively conjure any level of capital, whether directly or indirectly, therefore rendering bank regulation based on capital adequacy irrelevant … [Emphasis is mine.]

Richard A. Werner, A lost century in economics: Three theories of banking and the conclusive evidence

Professor Werner illustrates this process via simplified balance sheet transactions, shown below. First, Credit Suisse makes a £7 billion loan to a new investor (Gulf Investor), which it deposits in a newly opened account. This is shown in Step 1. A credit to Credit Suisse’s “Loans and investments” assets is made to reflect the loan (i.e. an investment). Also, a corresponding “Deposits” liability entry is made to account for the new funds that Gulf Investor can now withdraw at its pleasure. Since Credit Suisse both makes the loan and holds the loan proceeds, no money actually changes hands. Credit Suisse’s bankers don’t move £7 billion from its vault into a new account deposit box for Gulf Investors somewhere. Rather, the bank tracks these contractual fund flows with the appropriate accounting entries. It’s all kosher so far despite Professor Werner’s “fictitious” allegation.

Source: A lost century in economics: Three theories of banking and the conclusive evidence

Next, the real magic happens. Gulf Investor withdraws and invests its £7 billion in newly issued preference shares of Credit Suisse, shown in Step 2 as Capital. Like in Step 1, no money actually changes hands; only the appropriate balance sheet entries are made since the transactions are confined to Credit Suisse. And there you have it! Credit Suisse turned a £7 billion deposit liability into the Capital it desperately needed without actually raising any new money. The bank conjured £7 billion of money out of thin air. It saved itself with a few keystrokes!

Thinking it through in the real world

If this seems magically farfetched, you’re correct. However, it takes an appreciation for corporate finance to see. If you end the analysis where Professor Werner does, then yeah, it seems like Credit Suisse saved itself with made-up money. However, we can’t end the analysis here. We have to examine it more broadly.

Gulf Investor’s £7 billion investment saved Credit Suisse. However, this “trick” worked because the transactions occurred within a closed system. They were self-contained within Credit Suisse. The bank “only” needed to show solvency. It did not have to make an external payment. Thus, no money physically had to change hands, as Professor Werner correctly shows. Had Credit Suisse needed to actually transfer these funds to a third party, it could not. Similarly, Gulf Investor could not withdraw the loan proceeds. In either case, Credit Suisse would have had to come up with the money. The recipient would have demanded some actual means of financial settlement; not “air.”

Even still, the £7 billion lifeline comes from somewhere real. Here, Credit Suisse’s existing shareholders foot the bill via lower future stock prices. Collectively, they will lose (more than) £7 billion’s worth of value in the future. All payments made to Gulf Investor’s preference shares—either dividends and/or repurchases—would have accrued to common shareholders instead. Thus, the stock will be worth (significantly) less than it would have absent the transaction (and had Credit Suisse found another way to remain solvent). In other words, Credit Suisse borrowed the £7 billion from the future.

Let’s say, though, that Gulf Investor’s investment was not sufficient to save Credit Suisse and the bank filed for bankruptcy. The existing shareholders (including Gulf Investor) would get wiped out. However, the story does not end. The bank’s creditors take ownership (bondholders, suppliers, etc.); and Gulf Investor still owes them £7 billion.

Gulf Investor’s preference shares gets wipe out in bankruptcy, however its loan from Credit Suisse does not. It’s still obliged to repay it. Gulf Investor has two options. It can either repay the loan from its other means or it can default. In the former case, Gulf Investor becomes the ultimate source of the bank’s previously conjured money. In the latter case, Credit Suisse’s new owners (the creditors) receive £7 billion less for their claims (i.e. they lose even more money). Either way, someone foots the £7 billion bill that Credit Suisse created. It’s not fictious.

Leverage not magic nor privilege

Professor Werner’s “money from thin air” argument claims that banks’ privileged accounting status gives them this money creation power; specifically, their exclusion from “Client Money Rules.” Client Money Rules require institutions to hold client assets in segregated accounts, off balance sheet. Stockbrokers, for example, keep their customers’ assets separate from the company’s. Banks, however, hold them on balance sheet as deposits, comingled with their own. Absent this subtle difference, Professor Werner claims, banks and non-banks would be the same. Banks could not create new money otherwise.

What distinguishes banks from non-banks is their ability to create credit and money through lending, which is accomplished by booking what actually are accounts payable liabilities as imaginary customer deposits, and this is in turn made possible by a particular regulation that renders banks unique: their exemption from the Client Money Rules. [Emphasis is mine.]

Richard A. Werner, How do banks create money, and why can other firms not do the same? An explanation for the coexistence of lending and deposit-taking

However, there’s nothing unique or nefarious occurring. Rather, Professor Werner fails to appreciate an important difference between banks and non-banks (like stockbrokers). Banks don’t lend their customers’ assets when they make loans. They borrow them! Unlike the investments with your stockbroker, you actually loan your cash to your bank when you make a deposit. This is why your bank pays you for deposits and you pay your stockbroker for holding your assets. While, modern-day “bail-in” regulations have blurred the lines between bank shareholder, creditor, and depositor as Professor Werner points out, they have not fundamentally changed the borrow-to-lend business model.

Thus, the new money made by Credit Suisse in our example is just leverage. Credit Suisse is borrowing it from others and from the future before passing it on to Gulf Investor now. The new money is eventually accounted for in real life, in one way, shape, or form depending on how events play out. Make no mistake, the piper gets paid.

Professor Werner is correct, however, that banks make money; just not from thin air. They do so by facilitating intertemporal exchange. Banks lend borrowed value from the future to those who want it today. Privilege plays no part. As Hyman Minsky observed, “everyone can create money; the problem is to get it accepted.” We accept bank money in return for their vital service of financial intermediation.

… we illustrate that banks are an important component of the money creation process … far from being created out of nothing, bank money is the product of a legal and institutional framework and results from an underlying value-for-value intertemporal exchange transaction that is facilitated by the intermediation of the bank. [Emphasis is mine.]

Robert William Vivian and Nic Spearman, Banks and Money Creation ‘Out of Nothing’

The “money from thin air” argument treats financial accounting as a game. It’s not. All those numbers represent a real-world exchange of value. No one, including banks, can simply make them up. This view wrongly confines money to bank activity. While popular, Minsky is right; anyone can (and does) create money, not just banks. Money is simply a unit of account; hence all economic production is monetary production. Banks produce money by employing productive leverage.

There’s a popular notion that banks create money from thin air. This view permeates academia, markets, and monetary policy discussions. The “money from thin air” argument rests upon a concrete view of money that’s restricted to bank activity and a belief that banks enjoy a privileged accounting status that grants them this power. In my opinion, Professor Werner makes one of the strongest presentations of this view.

However, the “money from thin air” argument is flawed. It too narrowly focuses on banks’ immediate actions and fails to appreciate the broader, corporate finance perspective. Banks borrow money to lend. They intermediate “value-for-value intertemporal exchange.” By employing leverage, banks facilitate value creation. The economic production that follows is the money creation observed by Professor Werner. The “thin air”, however, is leverage, not magic.

Money is much broader than banks. It’s a unit of account for measuring value throughout a society. Similarly, financial accounting is not some game for the privileged to exploit. It’s a tool to track vital, real-world transactions, including money creation. Despite popular opinion: there’s no free lunch and there’s no free money.

9 comments on "Banks Create Money From Leverage, Not Thin Air"