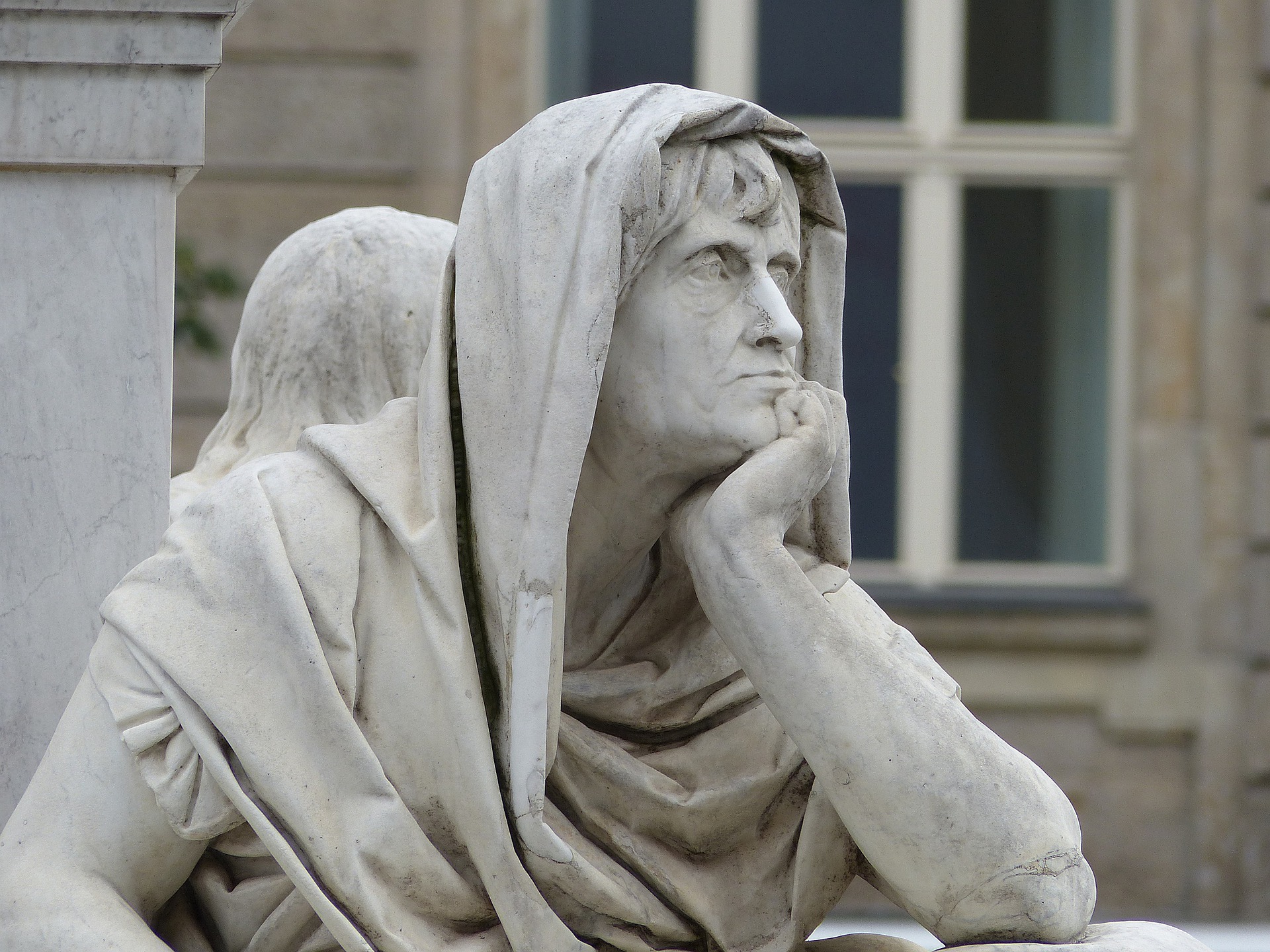 Image by linsenfutter2016 from Pixabay

So much for returning to normal. I had hoped that easing COVID restrictions would supercharge economic growth this year. Many affected industries and markets were rebuilding and reopening to a backlog of robust demand. Sure, markets had issues to grapple with: inflation, changing central bank policies, and the return of volatility. However, these were relatively common risks for professional investors. Then, Russia invaded Ukraine and all prospects for normalcy ended. The war unleashed a fresh round of market shocks. With so many asset prices in motion, opportunities and pitfalls will surely present themselves.

There is a lot going on in the investment markets. For me though, four questions loom large. The first is if U.S. dollar assets, in general, might benefit from a flight to quality. The second is how rate markets, including the Federal Reserve (Fed), might behave. Third, I’m wondering how China might react to the West’s response to the Russian-Ukrainian war (RU war). The last—and worse development I’m considering—is an escalation to a World War III (WW III) scenario.

A flight to the safety of U.S. dollar assets?

In spite of our problems, U.S. dollar (USD) assets remain a safe haven trade. (Relatively) free markets, a respect for property rights and the rule of law, and deep capital pools underpin the sentiment. Yes, the U.S. rates worse now on liberty than before (we pathetically slipped to 25th in one economic freedom index). Yet, the USD remains “the cleanest dirty shirt” and by a wide margin. Despite its (many) faults, the U.S. government’s not censoring speech or freezing innocent citizens’ bank accounts (yet).

The Ruble and Russian and Emerging Markets stocks fell since the RU war began. Source: Koyfin

Thus, in times of turmoil, some investors favor holding USD-denominated assets for political and economic reasons. Our freedom reduces the fear of capital controls, politically motivated asset seizures, or other harmful events that can occur elsewhere. It also enhances financial stability as liberal political-economies are more decentralized. The relative strength of USD investment markets could be reflecting this now.

As shown in the charts above, the U.S. dollar index (DXY), the S&P 500, and U.S. treasury bonds first appreciated after the RU war began (though U.S. treasury bonds have sold off since) . Even U.S. corporate bond ETFs (LQD and HYG) bounced higher, which is not typically associated with economic hardship. Meanwhile, emerging market stocks and bonds declined. USD assets appear to be outperforming in this volatile environment, as show below.

These all could indicate that a flight to quality into USD investment markets is occurring. Investors might be selling Russian-related and higher risk assets in search of a “return of capital” rather than “return on capital” opportunities. Thus, continued conflict could have positive (relative) return implications for popular USD assets, irrespective of their underlying fundamentals (remember, this is not investment advice).

Interest rates woke up from their 40-year slumber this year. The U.S. 10-year treasury yield (the benchmark) has risen by 42% year-to-date (as of the 3/19/22). Rightly or wrongly so, interest rates are making large and atypical moves as bondholders demand higher yields in response to rising inflation. Furthermore, option markets expect higher interest rate volatility to persist (as indicated by the ICE BofAML MOVE Index). Interest rates, you have my attention.

As I recently wrote, I mentally model the investment markets and financial system as carry trades. Many types of investors routinely employ leverage in their trading activities. This can occur explicitly, like when funds and individuals purchase securities on margin or sell stocks short. Leverage can be used implicitly too, such as in derivate transactions. Institutions, though, may be the largest users of leverage. Banks, finance companies, and insurers all invest borrowed money as a business.

Rising borrowing costs create problems for all carry trades due to leverage. If asset returns lag a rise in the cost of carry (i.e borrowing costs), they can unwind. Thus, today’s rising interest rates potentially carry systemic risk given the prevalence of carry trades. Worse, these pressures could intensity.

These days, inflation means rising consumer prices, on average, of some pre-defined basket of goods and services such as the Consumer Price Index (note, inflation no longer connotes monetary debase as popularly believed). Thus, the widescale rise in commodity prices and further supply chain disruptions, exacerbated by the RU war, could increase inflationary pressures as input costs remain more expensive for longer. In that case, concerned bondholders may continue to demand higher yields, especially as they posture for future Fed rate hikes.

Thus, I’m concerned about today’s rising interest rates and inflation. They could force various types of carry trade investment vehicles to sell assets. Given their procyclicality, the resulting asset price declines may be violent and produce unwelcomed, secondary effects.

Which way will China turn, East or West?

It’s been a tough year for Chinese investment markets. Government crackdowns on its technology and real estate sectors led to significant losses from their February peaks. Under President Xi Jinping, the Chinese Communist Party (CCP) has been systematically seizing political and economic power. This creates damaging, centralizing effects that, in my view, are reflected in China’s markets.

Chinese stocks have declined over the past year. Source: Koyfin

While not everyone agrees, I see an interesting similarity between Russia and Ukraine and China and Taiwan. Taiwan’s sovereign status is a bit ambiguous. The West views Taiwan as a sovereign nation that split from China in a civil war. China, however, disagrees. It sees Taiwan as a part of China, destined for reunification. Tensions recently escalated when China increased its military presence in the area, including flying 39 warplanes towards Taiwan. China appeared to be posturing for an invasion.

China has increased the number of military flights near Taiwan recently. Source: AP

Like Taiwan, Ukraine has sought closer ties with the West. It’s a NATO partner and was integrating into the European Union well before it applied for membership late last month. Vladimir Putin, however, sees Ukraine as de facto Russian territory and part of its “historical land.” This difference of views set the stage for Russia’s invasion.

The West reacted to the Russian invasion by cutting ties with the aggressor. To be sure, it’s impossible to completely isolate a major economic trading partner like Russia. However, official sanctions and the global business community’s voluntary withdrawals have stung. Financial stresses are mounting and markets indicate that the Russian economy is collapsing.

I suspect that the CCP is keenly watching the RU war’s developments. China has been surprisingly silent considering its growing ties with Russia. Perhaps it’s assessing the damage that economic isolation could bring should the West react similarly to a Chinese invasion of Taiwan.

While strong economic ties to the West undoubtedly make China harder to isolate, they also heighten the stakes. China’s economy is already destabilized (as discussed more here and here) due to its growing centralization. Would the CCP risk further damage and jeopardize its political control? I don’t know, but I’m keenly watching. A turn towards the West would make China more investible in my view; a turn towards authoritarianism, less so.

War is the literal destruction of capital; companies, infrastructure, wealth, and human lives, alike. So much uncertainty heightens volatility. Volatility is bad for risk assets. Thus, investors are always concerned by conflict, especially when a nuclear superpower like Russia is involved.

The response to the RU war has some eerie parallels to prior world wars. International alliances are forming. The West has come out in support of Ukraine. Russia has looked East for backing (including former Soviet territories). The RU war quickly became an international affair.

Thus, a WW III scenario doesn’t seem farfetched to ponder, as unpleasant as it might be. At least one world war was started by less. In fact, some have argued that a “kinetic” war already began, before Russia invaded Ukraine.

Russia’s invasion of Ukraine ended all prospects for a return to normalcy this year. While COVID-affected industries were rebounding, the RU war added turbulence to already volatile investment markets. Currently, I am focusing on four themes.

The first relates to USD asset relative outperformance. U.S. investment markets have been surprisingly resilient of late. Traditionally, USD asset can be a safe haven trade, benefiting from times of turmoil. Thus, a continuation and/or escalation of the RU war could have return implication for USD assets irrespective of their fundamentals.

Third, I have my eye on China. It turned more authoritarian lately and seemed likely to invade Taiwan. I’m watching if China changes its political tune following the West’s response to Russia’s invasion of Ukraine. A return to its liberal path would be a welcoming investment sign, in my view. Continuing down its current one would give me pause.

Lastly, I’m simply watching for geopolitical escalations. Another world war would be harmful for capital formation of all stripes.

There’s a lot going on these days. Currently, I’m tracking these four issues. I wouldn’t be surprised if new ones arise soon.