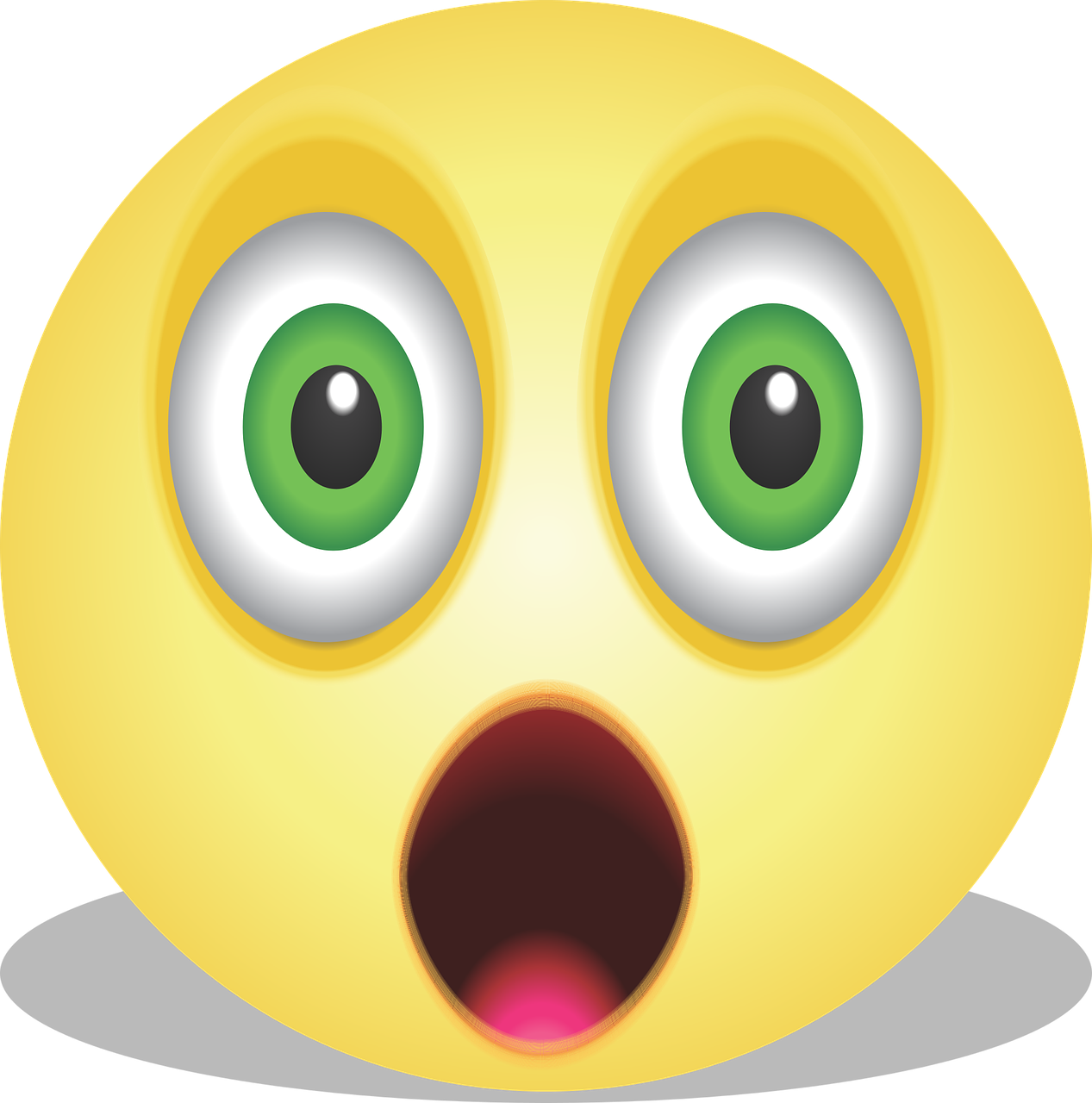 Image by Nina Garman from Pixabay

Have you heard? There’s trouble in the repo markets. Even casual investment market participants probably know that something’s amiss. While only a handful of investors participate in repo, this obscure corner of the investment markets rests at the epicenter of the financial system—hence all the attention. The turmoil caught many by surprise, prompting the Federal Reserve (Fed) into emergency action. However, the real surprise is, in my opinion, why this took any of us by surprise to begin with?

Repo is financial jargon for a repurchase agreement. While it sounds complex, repo is simply a form of short-term, secured lending. The borrower sells collateral (typically a high quality bond) to a lender. At the same time, it agrees to repurchase the same collateral back at a later date for a predetermined and higher price; hence the moniker repurchase agreement. The borrower receives the use of currency for this short period. The lender receives interest in the form of the price difference.

If this sounds overly complicated, it’s because it is. The details, however, are unimportant for our discussion. One need only grasp that repo sits at the bottom of the financial system pyramid. It’s a primary funding source for many large institutions that comprise the plumbing of financial markets. Due to leverage, small disturbances in the repo (and other money) markets can ripple through the entire system. This is what some fear.

Repo rates dramatically spiked on September 17, 2019, more than doubling the previous day’s (using SOFR as a proxy). This is highly unusual for the most illiquid of all markets, let alone one of the most trafficked. Arbitrage should render this behavior anomalous as the rise in repo rates represented a highly profitable opportunity. Why weren’t the big banks picking up all this free money? With the Great Financial Crisis (GFC) still fresh in the minds of many, the rumor mill kicked into overdrive surmising why.

The cause of this unexpected rate spike is still a matter of speculation. The financial system is highly complex with innumerable inputs and outputs making it difficult to establish direct, behavioral links. However, it’s likely that routine balance sheet mismanagement by the Fed was the culprit (as discussed by George Selgin here and Zoltan Pozar of Credit Suisse here).

The Fed’s responsibilities expanded as a result of the GFC. These, and other regulatory changes, might have created some idiosyncrasies that underpinned the unexpected rise in repo rates. One is that the Fed now banks the U.S. Treasury. The Treasury used to have bank accounts with private institutions. It now keeps its money at the Fed in an account called the Treasury General Account (TGA). Another important development is the increased size of the foreign repo pool. The Fed avails its balance sheet to “about 250 central banks, governments and international official institutions.” While not new, the aptly named foreign repo pool usage is up nearly 3-fold since 2014.

The significant growth in the TGA (blue) and foreign repo pool (red) after the GFC creates new balance sheet volatility for the Fed to manage.

The chart above illustrates that both the TGA and foreign repo pool are large and volatile. They are also relatively new in their importance to the Fed from an operational perspective. Let’s not forget that while the Fed is a central bank, it’s nonetheless just a bank. Unpredictable and violent swings in account balances are difficult to manage—community, commercial, and central bank alike. Too be sure, we may later discover different reasons for the repo rate spike … but not until later.

It’s easy to get bogged down in the details when analyzing the financial system. After all, it may be the most complex one we’ve built. Thus, applying some more macroscopic principles can help in understanding the system as a whole.

Generally speaking, decentralized systems are more stable than centralized ones. We intuitively get this and can witness its widespread application throughout the man-made and natural worlds. We diversify our investment portfolios, manufacturers source from multiple suppliers, organisms spawn many offspring, and successful animals eat varied diets. Decentralization is a primary thesis for Bitcoin, breeds a fear of monopolies, and is why I find capitalism so attractive (among other reasons).

Imagine if you kept your entire net worth in a single account at a single bank and it failed (ignoring FDIC insurance, which protect against just this). Your wealth would disappear overnight. What if your investment portfolio comprised of a single stock and it went bankrupt? Such reckless behaviors are rightfully condemned. Yet, we expect differently from our financial system; why?

For some reason we believe that centralizing our monetary system reduces volatility and increases stability. Thus, the financial system is either a complete outlier or the premise is false. Modern day economies are built on the belief of the former, yet the evidence is underwhelming.

Merely a Matter of Time

I find no reason to believe that centralizing our financial system holds unique benefits. It’s just another type system. From a stability perspective, all benefit from decentralization. It follows that our financial one should too. Thus, I believe it was (is) only a matter of time until the monetary system broke (breaks) again. It happened in 2008—which I see as a run on banking collateral rather than a housing market collapse (ask me to explain in the comment section if you’re interested in my view)—and it will inevitably happen again. It has to because the future is unknowable and risks are concentrated.

It’s not that decentralization breed omniscience. No, omniscience doesn’t exist. Rather, it allows for discovery. Decentralized systems have more actors striving towards the same goals. However, all will not proceed in the same way. Inevitably, some will fail and some will succeed and to varying degrees. Diversity ensures that the failures are inconsequential to the system as a whole. Yet, we all benefit from the knowledge that those who succeed discover. Hence, human prosperity advances.

Following the GFC we changed a bunch of rules and allegedly strengthened regulations. Despite the best of intentions, these actions further homogenized behavior ensuring that the system breaks again! Remember, centralized systems are most fragile. Further centralization—which is what laws and regulations actually do—limits diversity by raising the barriers to entry (compliance costs money) and conforms incentive schemes (to comply with regulatory demands). Thus, we got fewer actors behaving in more similar fashions. The financial system became more fragile as a result, not stronger. Here we are, a decade later, and low and behold trouble’s a brewin’ in financial markets again, and in new and unforeseen ways.

In the end, the presence of a central bank and the myriad of rules and regulations are counterproductive. They work to limit competition, stymie diversity, and ultimately increase frailty. Progress requires failure and centralized systems are not flexible enough to allow for this. If a centralized actor goes down, so goes the whole. “Too big to fail” is only a feature of centralized systems.

To invest and plan for the future requires taking risk. There is no way around this fact. No service the Fed provides removes the risk that tomorrow won’t pan out as planned. Rather it concentrates it raising the danger of being wrong. Markets work to spread and de-risk.

While unexpected, the breakdown of repo markets should come as no surprise. Further centralization of the financial system increased its fragility qua system. Of course, predicting how and when it might fail ex ante is nearly impossible. If the current problems were obvious they wouldn’t have escalated to this point.

While unexpected, the breakdown of repo markets should come as no surprise. Further centralization of the financial system increased its fragility qua system.
Click To Tweet

That said, the inevitability of a system failure doesn’t make it an investible theme, especially for casual observers. In fact, waiting for a repeat of the GFC may be expensive in opportunity cost terms and cause one to miss out on other profitable investments. Rather, I plan to simply keep this analysis in the back of my mind. If financial markets seize up (again), I know what to look for: decentralizing, market fixes.

Following causal chains of events is one of the many challenges of macro investing. While the spike in repo rates is perplexing, proper first principles can bring some clarity. Faulty ones, however, breed only surprises.

4 comments on "The Unsurprising Repo Surprise"