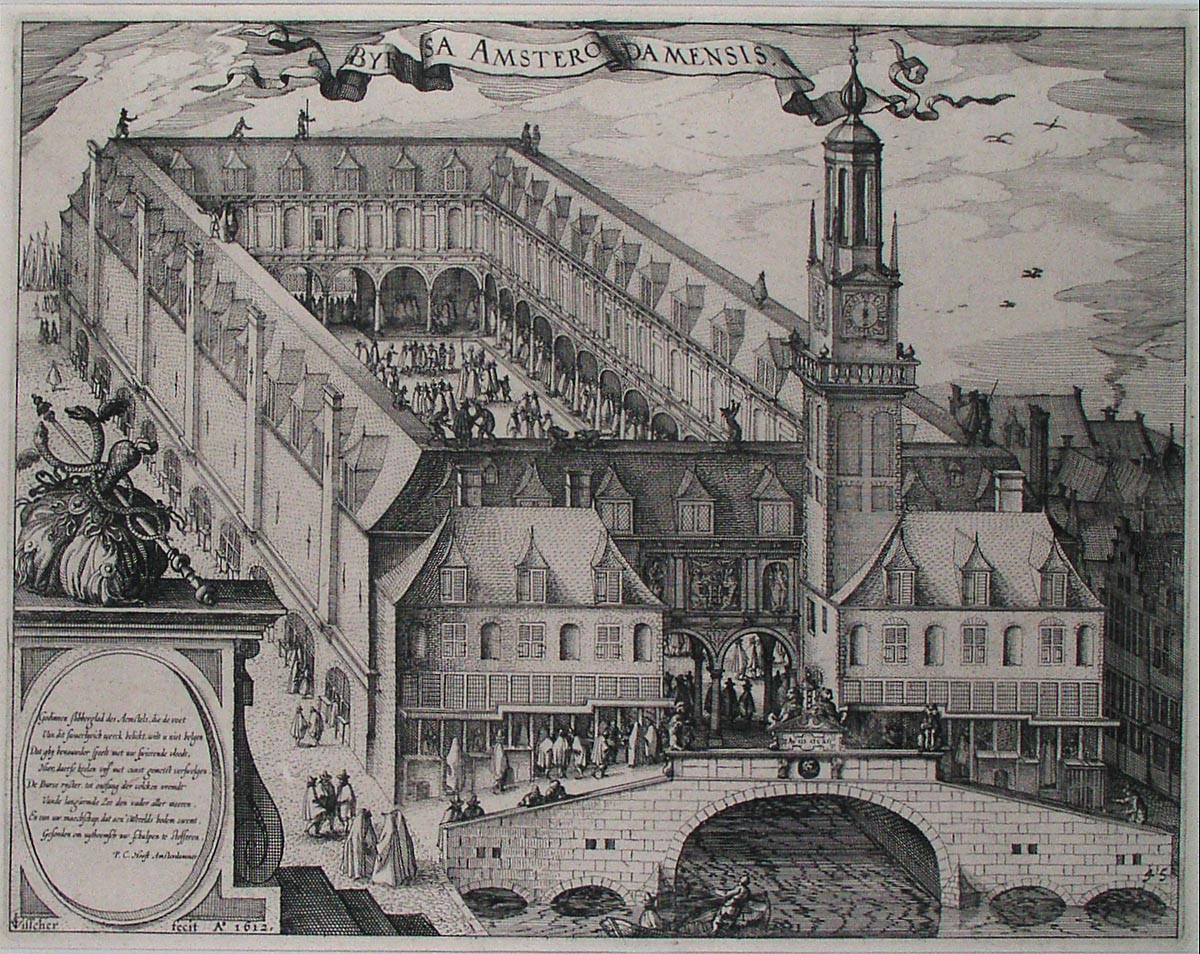 Central bankers catch a lot of flak these days. To be sure, much of it is deserved in my opinion. However, there are two dominant trends in the market place – increasing allocations towards passive and private market investment strategies – where this ire might be misplaced. What if these developments, however undesirable they may or may not be, were merely part of the “natural” evolution of investment markets?

What got me thinking along these lines is a paper from 2002 by Dr. J. Doyne Farmer entitled Market force, ecology and evolution which can be found here. The purpose of Dr. Farmer’s research paper is to present a new framework for understanding and modeling investment markets; to help evolve the field beyond the more mainstream theory of rational expectations. In his words:

Rather than treating investing as the output of omniscient automatons, Dr. Farmer applies an ecological approach. Viewing investment markets as an ecosystem of various interacting actors, he was better able to simulate behaviors with which economists typically struggle. Modeling the interactions of generic value investors with stylized trend followers, Dr. Farmer recreated such phenomena as price volatility, price movements in the absence of “news”, speculative trading, and price oscillations and boom-bust cycles. Prior theories are unable to account for these common occurrences (and others). Furthermore, through the addition of a capital flow component, he not only simulated such “inefficient” behavior, but also observed the clunky evolution of markets moving towards efficiency! Truly fascinating stuff!

(Please note that while Dr. Farmer presents an interesting perspective, I cannot vouch for its soundness. The mathematical proofs and foundations are well beyond my comprehension (it’s been nearly 20 years since I’ve even seen the word “eigenvalue”, let alone outside of a text book). Thus I offer no opinion on the validity of his theory. However, I found his approach well grounded, and faithful readers will know how much I value a good approach.)

What struck me most from the study was how the treatment of markets as a collection of various actors, rather than a single monolith, could potentially hold so much explanatory power. This and my recent reminiscing on how things used to be got me thinking about today’s investment landscape. It’s been interesting to watch the changes over my 14-plus-year career, which is by no means a long one. Not only have the types of investors changed, but also the assets and markets. Perhaps evoking our best Dr. Farmer and applying an ecological and evolution framework can help explain some of these occurrences.

There appears to be two dominant trends that have taken hold in the investment markets: the rise of passive investing and expansion of private capital market activity (and the corollary, the shrinking number of publicly traded equities). Many have ascribed the cause of these phenomena to the interventions of our modern day central bankers. Via financial repression, the theory goes, the bureaucrats have, in essence, inflated asset values and forced investors to reach for yield and chase investment returns in unconventional ways. No doubt this holds some truth. But what if natural market evolution is really at play?

The evolution of investors and investment markets

Financial markets have, at least in a modern sense, been around since the birth of the Enlightenment (if not longer). They were technological developments created to facilitate commerce. Through the employment of a price mechanism, the availability of capital was significantly expanded. Those in want were simply able to pay those with abundance for access. The result was a supercharging of economic activity which left behind a wake of wealth and human prosperity.

Today’s investment markets span an ever expanding range of asset classes and investment styles. Though despite the rich diversity, I believe there are, broadly speaking, just four categories of investors currently. These are the fundamentalists, technicians, quants, and passive investors (to be sure, lines can blur when it comes to individual implementations). These four types actively compete and interact with each other for investment returns, each with distinct motivations and utility functions, similarly to how Dr. Farmer modeled.

I think it’s fair to posit that the first investor type was the fundamentalist. At the root of any financial transaction sits two parties, the capital seeker and the capital provider. Through a negotiation process – be it an underwriting process, auction, etc. – the cost of capital is determined. For this task the fundamentalist is uniquely qualified. Fundamentalists’ investment decisions are driven by their analysis of underlying commercial data. This may include such metrics as corporate cash flows and earnings, the balance of payments for governments, an analysis of agricultural growing conditions, industrial supply-demand forecasts, a qualitative assessment of someone’s “character”, and other data that have a relationship to the “real” economy. The fundamentalist’s role in the modern financial markets is, in essence, to first set and then arbitrage (via secondary trading) the cost of capital for those various entities seeking the commercial benefits of financial markets. These can include corporations, governments, commodity producers, import/exporters, individuals, and others.

Over time, a different type of investor emerged, the technician. The technician, in the strictest sense, does not concern himself with the underlying fundamentals of what he/she is trading, but rather is myopically focused on price movements. The technician employs various quantitative techniques (predominantly charting) in hopes of identifying potential behavioral patterns of other investors in order to speculate on future price movements. Note that the object of focus is other investors (manifesting as “price action”) and not the underlying fundamentals. Putting aside its historical efficaciousness, the purpose of technical analysis is, in a sense, to arbitrage the fundamentalists.

The age of computers has evolved the investor base even further, birthing the quant. Quantitative analysts employ mathematical and statistical techniques for investing. It is a broad term, as quants can be found mining and manipulating both fundamental and market data in hopes of discovering reliable correlations and patterns. He/she neither performs traditional fundamental analysis nor employs classical charting techniques, though his/her process can bear some resemblances. In this sense, the quant arbitrages the actions of both fundamentalists and technicians.

This brings us to the passive investor. Passive investors are merely capital allocators. They actively select categories of investments rather than individual assets. By utilizing composites of financial assets – such as small cap stocks, floating rate debt, long-dated government bonds, agricultural commodities, and the like – the passive investor takes no stance on valuation. He/she free rides on the analytical work that fundamentalists, technicians, and quants have done, speculating instead on momentum. Thus, the passive investors arbitrages its three contemporary strategies.

Thus, we can see the establishment of an evolutionary chain. Let me be clear, this is not a statement on efficaciousness or preference, merely an illustration of how each successive strategy is built upon its predecessor(s). However, progressing along this chain has had consequences. Along with the shortening of investment horizons (which may or may not be related), markets have evolved. They have increasingly become less connected to commerce and more and more a self-contained commercial venture of their own; a venue where traders come to “play the player” as if engaged in a giant poker game.

The resurrection of private markets

This brings me to the explosion of private market activity that has steadily occurred (or rather reemerged). Here, I will focus on the corporate debt and equity markets, though there are some analogs to other asset classes.

As noted, financial markets fundamentally exist to facilitate commerce. Trading activity plays a vital role in the process, both by deepening the pools of capital available for deployment as well as in helping to best set the price of capital. One cannot exist without the other. But at the root must sit the fundamentalist, as it is he/she who plays the dominant role in establishing a clearing price for new financial transactions. Without requisite market data, technicians and quants simply cannot act, let alone passive investors who require established markets (though perhaps some quants could play a role here). Again, this is not a judgement of the various techniques, merely an illustration that it is the fundamentalist upon which investment markets are first built, at least in this evolutionary framework.

To be sure, the evolution of the investment management industry has driven these strategy shifts and is most certainly virtuous. After all, the industry exists to make money from money. However, the growth of quantitative and passive investing has seemingly come at the expense of fundamentalists (mostly in public equities in which they are most dominant), rightly or wrongly so. Investment horizons have shortened and competition intensified.

Now picture yourself as a seeker of capital; maybe an entrepreneur, Chief Financial Officer of a multinational corporation, state treasurer, oil producer, etc. Naturally, you desire the lowest cost of capital possible for your venture. If you are already established with investors, this is a relatively easy task; merely look to your existing financing costs and adjust accordingly. But if you’re new, the level of difficulty increases. You need to convince others to both provide you the use of their capital and at an economic price. But how does one do this? With the help of the fundamentalist of course.

Raising capital from investors also comes with an administrative cost. Surely there are underwriting fees. But maintaining an investor-base requires work and money. Financial statements and records must be disseminated, conference calls conducted, conferences attended, and the like. There’s also a growing body of regulatory requirements that come along with being a public company such as meeting the demands of the SEC, Sarbanes Oxley compliance, etc. Entire corporate positions and divisions are created to tend to these tasks, increasing overhead. For an engaged businessman, these are likely distractions despite being an important part of maintaining access to capital.

It is my belief that the fundamentalists’ cessation of market share to other competing strategies and the increasing administrative costs of being a public company are in a large part underpinning the growth in private capital market activity. To be sure, financial innovation is also at play. But the “bang for the buck” of telling your story in a public forum is no longer as compelling as it once was. When it comes to stock prices and financing costs, fundamentals matter less and other, unrelated factors – such as retail capital flows – matter more these days.

Luckily for us, markets evolve. Real competitive advantages are created by lowering one’s costs of capital and the demand for higher investment returns is insatiable. Thus as the investor-base has evolved, so too has the theater for matching capital seekers and providers. These timeless activities have merely relocated to the private markets where newer investor classes continue to rise to fill this demand, including private equity, venture capitalists, and now those involved with initial coin offerings. With (allegedly) longer investment horizons, (potentially) lower administrative costs (due to remaining private), and an accessibility to capital approaching that of the public markets, the deepening of private markets offers a competitive alternative to those who would otherwise seek access to public ones.

Could this evolutionary competition for investment returns actually be behind the changing investment market landscape? Needless to say, it’s impossible to know for sure, but these trends are real. So while we may be quick to blame the changing market condition on our favorite central planners – the central bankers – perhaps what we’re witnessing is merely the normal evolutionary process at play. After all, investment markets are living things; not in a literal sense, of course. They are merely expressions of human behavior, and specifically with respect to the allocation of capital. Like all living things, markets evolve; they always have and always will, simply because they are extensions of humanity.