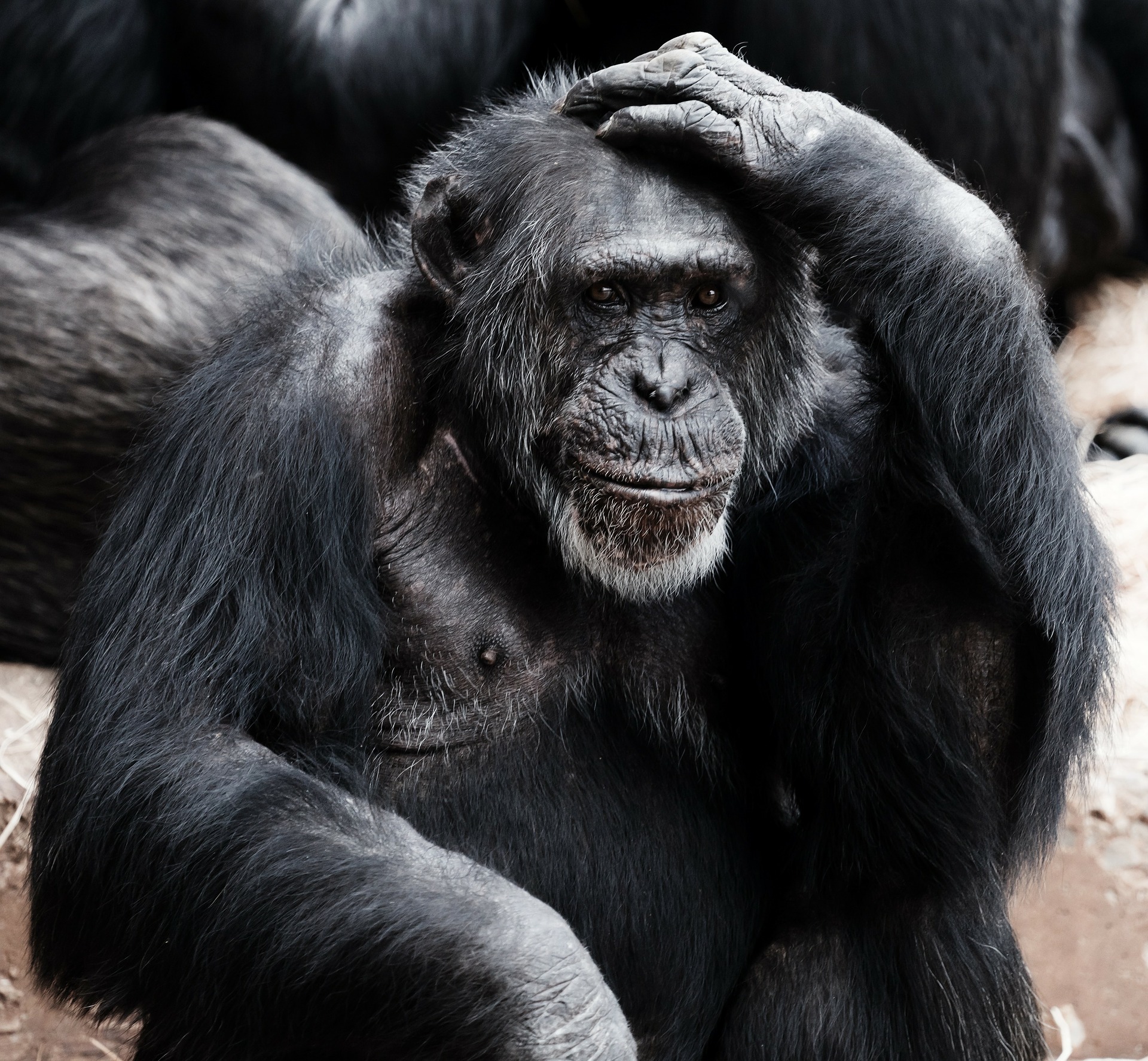 For this post, I’d like to offer a few “Disintegrated Thoughts” on some things I’ve been thinking about in the investment markets.  These include:

A couple months back, I introduced my “volatility deleveraging” thesis in a two-part post (Part 1 and Part 2). I defined volatility quite specifically as the expectation gap between what investors thought would happen in the markets and what actually did (and hence is only observable ex post). A more diverse expression of viewpoints and positioning should manifest as higher measures of implied volatility. A less volatile market attracts a greater employment of leverage. I believe Quantitative Tightening (QT) represents a regime change with respect to volatility, such that it will now be higher (on average) and hence investors will incrementally de-risk. To be sure, this thesis has yet to fully play out. I’m either wrong or early; time will tell.

Recent reports indicate that this upcoming meeting of the European Central Bank (ECB) will now be a “live” one, where QT could be discussed (gasp!). While making headway on this front was more or less captured within the popular market narrative, it appears that the timing (and/or probability) for such may now be accelerated. To me, the potential for a change in narrative is what’s important. Whether or not the ECB (or the Fed for that matter) actually follows through is secondary. The possibility for changes in expectations alone represents higher volatility; though their materiality is debatable and the important crux.

While pondering the potential impacts of shifting European capital flows, I came across the following chart. It illustrates that a large percentage of U.S. corporate bonds are held by foreigners. While “foreigners” is not a monolithic group, it seems quite plausible to me that QT by the ECB could potentially impact the U.S. domestic markets to some degree, as investors adjust their positions in anticipation.

Am I suggesting that you go out and sell or short corporate bonds? Not at all. This is merely an illustration of how integrated global markets have become; how occurrences in one market in one part of the world can impact another. With more uncertainty brewing, higher volatility should follow. So far my volatility deleveraging thesis is wrong. Stay tuned though. Strong views held loosely.

I’ve posited the idea that Quantitative Easing (QE) policies helped create widespread asset inflation. This undoubtedly has made traditional, valuation based investing more difficult. That said, as investors we must adapt; if you’re a professional, it your job. However, I was taken aback by the following Tweet.

The best people are building things…not worried about valuations https://t.co/FlaVIOGY3K fresh on my blog $spy

At first, I was appalled by Mr. Lindzon’s comments. Focusing strictly on “building things” and “not [worrying] about valuations” misses the entire point of investing.

As investors, our “business” is making money from money. To be unconcerned with valuation is akin to Mark Zuckerberg being unconcerned with Facebook’s users (perhaps this is a bad example). It is the only thing that matters! As my favorite Warren Buffet quote goes “the price you pay determines your rate of return.” Suppose you myopically focused on the fabulous business that Cisco Systems, Inc. (NASDAQ: CSCO) was building in the late ‘90s. Well, if you purchased it in November 1999 operating on that premise, you’d still be underwater; not such a great investment.

That said Mr. Lindzon is undoubtedly right in a way. In fact, it seems like a pretty good method for navigating this kind of market environment where valuation levels can be paralyzing. A read of his linked blog post reveals just this message:

“Our job throughout is to find the best people, attacking problems that will yield huge returns, at reasonable valuations because we know that eventually ‘valuations’ matter. I personally have stopped trying to guess WHEN it will matter because it does not pay well. The best people are building things, not worried about valuations.”

Ah, so he does care after all.  And I agree with the first part his statement, the best business people are building things.  But worrying about valuations is what the best investors do.  It’s how they build their specific business of building wealth using wealth.  An indifference towards valuation would make buying low and sell high impossible; what else could guide your decisions?  That’s not to say that only valuations matter, just that only two do: the one when you buy and the one when you sell.

Sticking up for “speculation”

Speculation is a dirty word, even among investors. Many people associate it with gambling or betting blindly. However, whether you consider yourself a “trader” or an “investor”, speculation plays a central role in your life. In fact, I contend that speculating is a fundamental human action for all.

Thus, it was refreshing to see someone stick up for speculation. In an article by Johnny Hopkins on The Acquirer’s Multiple blog, the author notes that “the investor must speculate” and that “[even] in the highest-grade securities there is a certain inescapable speculative risk. It is not decreased by burying one’s head in the sand like an ostrich and saying, ‘I never speculate!’” How true!

But Mr. Hopkins did not stop at investing. He notes that speculating is an essential component to all commercial ventures, illustrating this point using sugar processors and cotton mills which are impacted by fluctuating commodity prices. Speculation just plays a more prominent role in investing.

All economic activity involves speculation of some sort. A retailer must speculate on the inventory it carries, how best to schedule its staff, and even the optimal business hours to keep. A farmer does so on growing conditions, whether or not to hedge, and how much fertilizer to purchase. A tech company makes hiring decisions based on its speculation of future trends, etc. Even the primitive action of foraging for food requires one to speculate on where to look.

Speculation is endemic to human life and is extremely difficult. It requires hard work, focused thought, ruthless honesty, impeccable integrity, and a heaping dose of self-confidence. It’s time we pulled “speculation” out of the gutter and place it upon the pedestal that it deserves.

Notes from the judo mat

Last weekend I competed in my first judo tournament. I picked the sport up a little over a year ago after searching for an activity that could provide a good workout, help increase my mobility, and mentally remove me from the day. Judo was a good choice for these criteria. I went 1-2 on the day, but found there to be some interesting parallels to investing.

Have a game plan but be adaptable

In the match that I won (my second), I consciously devised a game plan beforehand. I was going to get “my grip” and only attack after doing so. Well, I fought to get the grip that I wanted, but after watching my opponent’s actions, I revised my game plan; I would be patient and wait for an opportunity to counterattack. This mental preparation paid off, as I was able to catch him off balance and execute a match ending throw (ippon).

I lost my first match due to being overly aggressive. I started off executing on my plan pretty well and was in control of the fight. Several times, however, I relentlessly chased my opponent down to the ground. As it turned out, he was more skilled than I here and he pinned me for the win. My choice to pursue him aggressively instead of engaging him standing up – where I was dominant – cost me the match. Lesson learned: fight (and invest) on your own terms only.

Who you surround yourself with can impact your success

My last match was an unmitigated disaster. I completely broke down mentally, letting my coach get into my head. Rather than celebrating my first career win with me, he was somewhat critical. Truth be told, he’s a great guy and even better instructor, but it wasn’t the message I needed at that moment. I needed to build on my win with confidence. As a result, I was unfocused and tossed around like a rag doll.

The parallels to investing are stark. It’s best to have a clear game plan at the start, but be adaptable. Exude patience and let the opportunities present themselves. When they do, act aggressively, as they won’t last for long. Don’t chase trades to the end of the earth because you think you’re right, you need to let them come to you. Lastly, you need to “show up” mentally, each and every day. Your opponents are going full tilt. You stand no chance if you don’t. With whom you surround yourself can have a big impact.

Investing is a tough, mental game.

I hope you enjoyed this format. Love it or hate it, your feedback is appreciated.

In the interest of full disclosure: our articles can be found on The Acquire’s Multiple blog site.