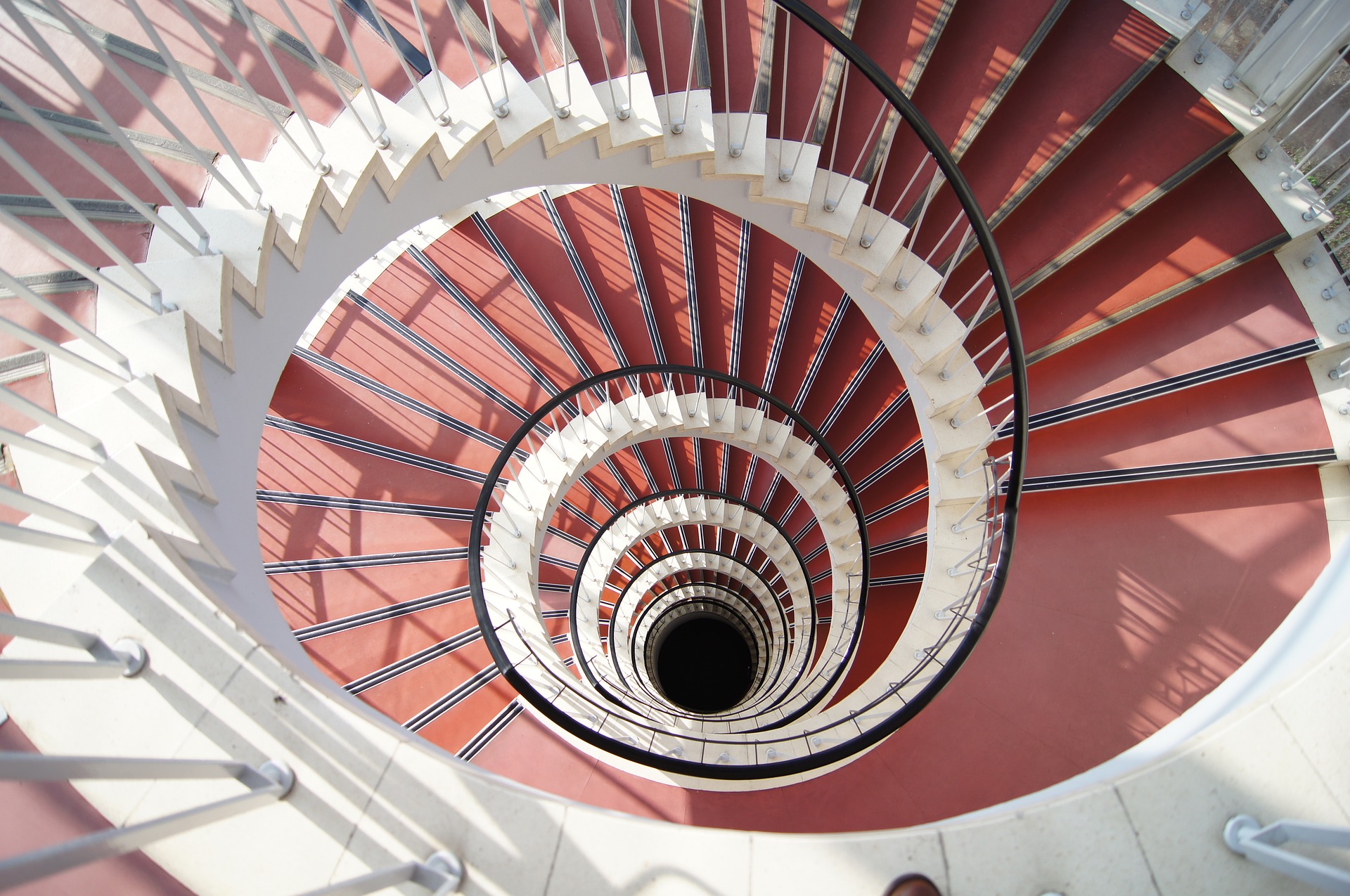 Image by Thomas Müller from Pixabay

George Soros is about as close to a household name as it gets for a hedge fund manager. He’s legendary for his billions, “breaking” the Bank of England, and is even an alleged mastermind of left-wing, political conspiracy theories. For me, though, Mr. Soros’s theory of reflexivity is his most impressive achievement. Introduced in his book, The Alchemy of Finance, I simply see reflexivity everywhere. In fact, we might be in the midst of a reflexive event of epic proportions as we speak.

While I didn’t find The Alchemy of Finance to be much of a read, I was blown away by Mr. Soros’s theory of reflexivity. More commonly accepted today, it was truly groundbreaking and highly controversial at the time of its publishing in 1987. In a lot of ways, I’m not surprised that it took a philosophically-minded person to stand so boldly against the over-zealous mathematicians who seemingly commandeered economics. Reflexivity is far from a neat and tidy theory. However, its potential explanatory power appears greater than others’.

Reflexivity is simply a theory of feedback loops. While Mr. Soros contemplates a wider applicability, he contends that the behavior of market participants today impacts tomorrow’s outcomes. It flies firmly in the face of the Efficient Market Hypothesis (EMH) and the related theory of rational expectations which dominate modern financial thought. According to these orthodoxies, market prices reflect all current and known information; trading is futile. Occurrences of booms and busts run contrary to EMH yet they are commonplace throughout history. Reflexivity, in my opinion, offers a more plausible alternative explanation.

“I contend that financial markets are always wrong in the sense that they operate with a prevailing bias, but the bias can actually validate itself by influencing not only market prices but also the so-called fundamentals that market prices are supposed to reflect.”

George Soros, The Alchemy of Finance

Reflexivity as a model for market behavior is more widely accepted today. More commonly referred to as complexity theory, complex adaptive system analysis, or some other variant, it is both growing as a field of study as well as in stature. (Please note that for the remainder of this article I will use “reflexivity” to refer to these collective views.) To be sure, there are still plenty of EMH holdouts. Institutional inertia and its mathematical neatness keep it entrenched. Reflexivity requires messy abstraction and accepting unknowns. Surely EMH has utility as an approximation for market behavior, but it fails as anything more. I find reflexivity to meet such demands, though putting it into practice is anything but easy.

“The crux of the debate boils down to whether we should consider investors to be rational, well informed, and homogeneous—the backbone of standard capital markets theory—or potentially irrational, operating with incomplete information, and relying on varying decision rules. The latter characteristics are part and parcel of a relatively newly articulated phenomenon that researchers at the Santa Fe Institute and elsewhere call complex adaptive systems”.

According to Michael Mauboussin’s research, reflexivity addresses a number of key shortfalls that underpin the EMH (further detailed here). First, it better explains the “fat tails” of return distributions (i.e. booms and busts). EMH assumes returns are normally distributed which is unsupported by the data. Reflexivity also demonstrates how returns can persistent under certain conditions rather than follow the “random walk” of EMH. It similarly shows how diversity of investor opinions can change over time, and why most portfolio managers underperform the market, yet some prove to be exceptional. Here, EMH turns a blind eye.

After familiarizing myself more with reflexivity, I simply see instances of if everywhere.

I See Reflexivity In Bitcoin

Bitcoin’s value is inextricably linked to its use. The more people who transact over the Bitcoin network, the greater its value should be. After all, you need bitcoin tokens to use it. This means buying and selling bitcoin as needed. Thus, we can see the establishment of a feedback loop between the value of bitcoin and the amount of users it garners.

The fixed amount of bitcoins and early phase of its adoption created ripe conditions for speculation. Reflexivity can shed some light on its bubble and subsequent bust.

… that of a textbook asset bubble.

I See Reflexivity In Momentum

Momentum is a market phenomenon where the best performing assets continue to outperform and “losers” continue to underperform. According to EMH momentum cannot exist. Yet, scores of academic research validate its existence—so much so, that momentum is a commonplace “factor” in quantitative investment strategies.

In practice, momentum strategies buy winners and sells losers. Thus, it can create a self-reinforcing loop. Not only do inflows into such strategies help perpetuate their success, but so too does periodic rebalancing. In fact, the same can be said for market-cap-weighted passive investment strategies.

I See Reflexivity In The “Fed Put”

The “Fed Put” originates back to the days when Alan Greenspan ran the Federal Reserve (Fed) in the 1990s and 2000s. Originally dubbed the Greenspan Put, it refers to a theory that monetary policy is most influenced by stock market performance rather than macro-economic factors. The Fed (re)acts to support the stock market—and in particular to (try to) prevent its decline—rather than promote its dual mandate. While denied by the Fed, a number of research papers (such as this and this) have shown it exists.

“We find that the explanatory power of negative stock returns for changes in the Federal funds target is stronger than that of almost all of the 38 macro variables covered by Bloomberg.”

Anna Cieslak and Annette Vissing-Jorgensen, The Economics of the Fed Put

I See Reflexivity In Credit Markets

Companies (and people) default when they can’t pay their bills. They lack liquidity. Rarely does this happen by accident. Access to credit can forestall the day of reckoning and give an entity time to get through its rough patch. However, the greater the liquidity need, the greater the risk of default and the less keen lenders will be to extend credit. Furthermore, lending terms become increasingly punitive with financial distress. Creditors will demand higher rates and restrict operating flexibility. While these provide lenders with important protections, they can hamper the entity’s ability to repay its loans, perversely increasing default risk. Hence credit markets contain a reflexive quality.

Is The Yield Curve Reflexive?

Recently, the U.S. treasury (UST) yield curve inverted. The yield on the 3-month UST bill exceeded that of the 10-year bond. This is a rare occurrence and typically only precedes a recession. In fact, a yield curve inversion has arguably been the most reliable recessionary economic indicator since the 1960s.

It’s important to note that causality has yet to be established for this relationship. To be sure there are theories. Most entail some version of the Fed raising interest rates by too much. Today, however, historical causes might be irrelevant. Our knowledge of such events creates the possibility for reflexivity.

The predictive power of the yield curve is common knowledge. Might the mere occurrence of an inversion self-fulfill into a recession? Will investors, armed with the historical record, react to the prospect of a recession and create a sell-off in the markets?

“Inverted yield curve” has been a popular Google search of late

In my view, this is one of the most interesting questions we investors face today. If you were (are) a fund manager how would (does) this affect your investment decisions? Think of the career risk for the manager who loses money ignoring such a potentially potent signal. After all, who in their right mind would fault you for erring on the side of caution?

Now, let’s take this one step further. Consider the Fed’s proven sensitively to equity market declines. On one hand, the markets might soften; on the other central banks will likely react. How will these potentially opposing forces resolve?

So, What Are You Going To Do About It? No, Seriously!

Reflexivity is both a fascinating yet nascent area of study. I simply see it everywhere I look. While reflexivity contains much explanatory power for market phenomena, incorporating it into an investment process is far from straightforward. It takes a truly gifted mind to do so. Strong first principles and reliable data collection tools are required. Mastery of induction and deduction are prerequisites.

Unfortunately, there’s no neat answer to the current riddle of the yield curve inversion. Only time will reveal its message. As Mr. Soros identified over thirty years ago, the outcome might be dependent upon our collective actions. If reflexivity applies, then it is we who hold the answer today. Thus, the question becomes: What are you going to do about it?

[…] produced. Hence, investors cheer the nonsensical which policymakers mistake as as endorsements. A self-reflective loop is […]

All comments made on The Integrating Investor express personal opinions and should not be construed as investment advice or recommendations to purchase or sell any investment, product or service, nor should the content be relied upon for making investment decisions. Commentaries are for informational purposes only. Please do your own work before investing – fundamental, technical, quantitative or whatever your preferred method may be – as any action you take as a result of reading the content of this blog is ultimately your own responsibility.
Social media & sharing icons powered by UltimatelySocial
wpDiscuz