Inflation: Why Now And Will Bondholders Care? 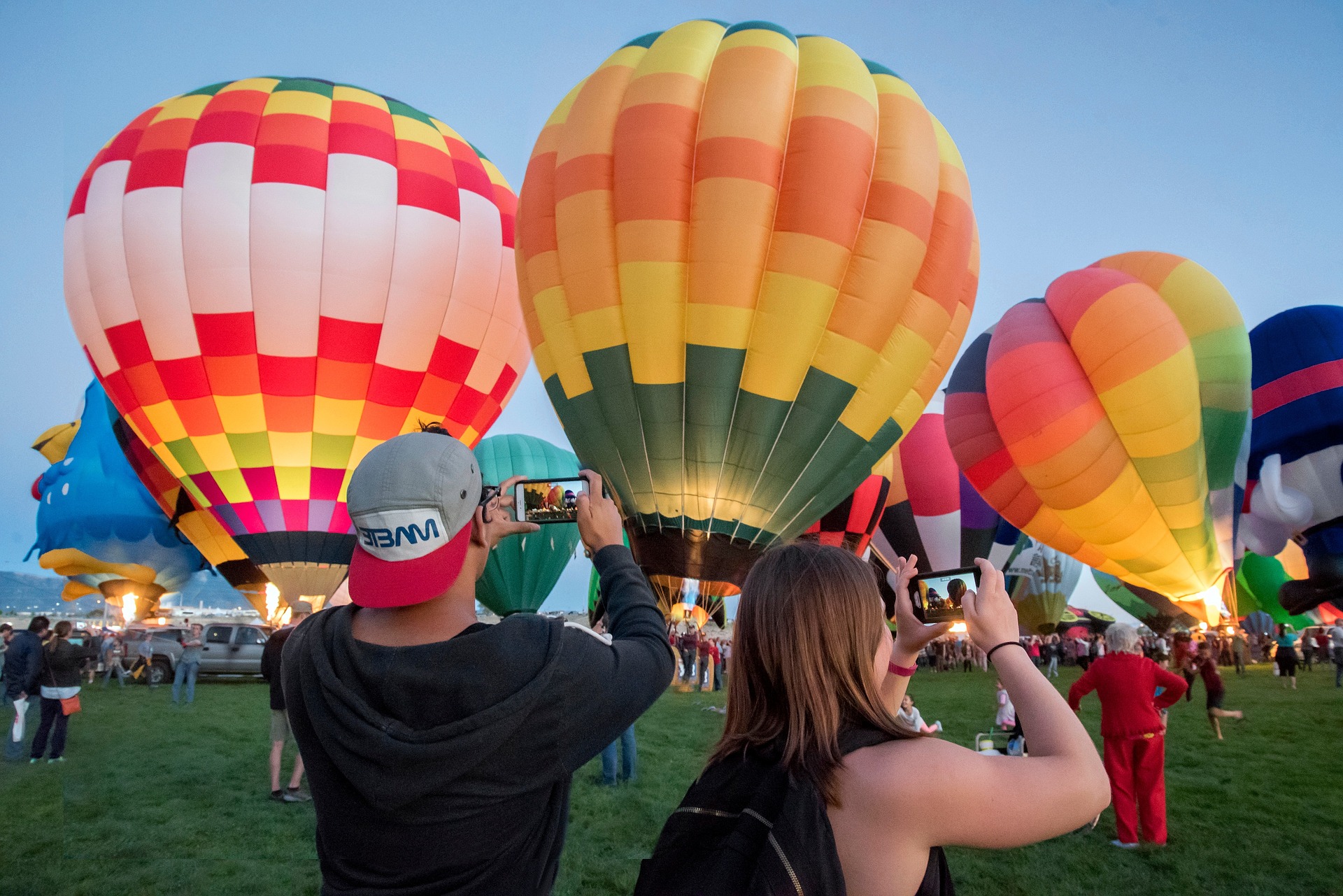 Image by StockSnap from Pixabay

As I sat down to write this month’s article, just one topic came to mind: inflation. Readers know that I just wrote on this theme. Yet, it remains topical and I have more to exploring to do. I’m specifically interested in why we’re seeing inflation now and does it even matter for bond investors (i.e. will bonds sell off in its presence as expected). I think we can better clarify the former and begin to delve into the latter. I find the U.S. treasury market’s recent rally (after initially selling off) interesting as it relates to both questions.

Last month, I wrote that today’s inflation reflects shortages and not monetary debasement. I concluded this by observing inflation’s changing definition over the years. What Carl Menger described as, in part, “the change in the inner value of money” in 1923 (i.e. monetary factors), was redefined by John Maynard Keynes as a supply-demand issue in 1936, and simply meant an average price increase by the time Ludwig von Mises wrote Human Action in 1949 (I discussed this on a recent YouTube show episode). This definitional evolution has, in my view, created confusion for investors.

What many people today call inflation or deflation is no longer the great increase or decrease in the supply of money, but its inexorable consequences, the general tendency toward a rise or a fall in commodity prices and wage rates.

Inflation is an emotionally charged topic. This makes it difficult to analyze. Quite honestly, I too had to completely reorient myself to inflation. I still have a hard time accepting the modern definition of the average price increase of a defined basket of goods and services— such as the change in the consumer price index (CPI)—and letting go of monetary debasement. It’s the market’s definition that matters from an investor’s perspective, rightly or wrongly so. Thus, its convention of CPI increases (or something similar) is how I’ll use inflation throughout this article.

Now, if inflation is (still) so clearly a monetary phenomenon—as most famously asserted by Milton Friedman—then it should be evident in the data. I’d expect to see it rise as central banks grow their balance sheets (i.e. expand the money supply) and vice versa. However, this isn’t so clearly the case in the U.S.

As shown above, the relationship between CPI increases (decreases) and the Fed’s monetary expansions (contractions) isn’t as direct as many would like. Conceptually, I agree, that there should be a connection. In fact, inflation increased a year after the large monetary injections in 2009 and 2020.

However, in the case of the former, inflation ultimately trended down, which is not consistent with the debasement theory. Also, observe that CPI always rebounded after a sharp decline, regardless of the Fed’s reaction (such as in 1998, 2002, 2006, 2010, and 2015). Could inflation’s lagged response to the Fed’s recent actions be spurious instead? Might the Fed be the one reacting to an otherwise self-correcting pricing phenomenon? Honestly, it’s not so farfetched, and to me more plausible than monetary policy driving inflation.

What about fiscal policy? To be sure, government spending perpetuated inflations in the past. Filling citizens’ pockets with newly printed money created the most infamous inflations of all time, from the Weimar Republic, to Zimbabwe, to Venezuela. This too seems logical. As Clark Warburton, a monetarist economist from the mid-1900s notes:

The first change [in price] occurs at the point where the additional money is introduced into or taken out of the economy and is expressed in an increased or decreased demand for the goods and services desired by the persons directly affected by the change in the quantity of money.

Yet, here too the evidence is weak connecting today’s CPI rises to government spending. To be sure, there may be a cumulative impact occurring over time. However, while 2020’s large deficit data point jumps off the page as an outlier, the CPI response does not.

While deficit spending stands out in 2020 (blue), changes in CPI (red) does not.

While I’m highly sympathetic to the “government creates inflation” argument, I don’t believe that’s what we’re seeing today. There’s no conclusive link in the data as proponents assert. Rather, I find the “shortages argument” more convincing.

Note that today’s inflation is occurring as economies reopen across the globe. During the past year, companies significantly rationalized their productive capacities in order to conserve cash and desperately try to stay afloat amidst a dearth of demand. They shrunk to survive. Now, as commercial activity returns, they are unable to meet the surging demand given their smaller footprints. Thus, prices are rising. It’s all very “Econ 101” if you ask me.

Remember, the lockdowns were not localized events, but occurred nearly everywhere. Thus, price increases are widespread and giving the illusion of a monetary event. A sprinkling of confirmation bias (by those holding on to the debasement definition of inflation) is only adding to the confusion.

As shown in the chart below, capacity utilization in the U.S. (a measure of output versus production capacity) fell to the lowest level in recorded history last year. Its rebound too (this year), was atypically sharp. Not only does this correlate well to today’s spike in CPI, but it’s rather routine behavior, especially since 1971 when the U.S. left the gold standard.

This relationship also makes perfect sense in the context of inflation as price changes. Prices fall when production and capacity utilization is low. Conversely, they spike when demand robustly returns. Shortages are causing today’s inflation, not monetary or fiscal policy actions.

But if there was inflation, would anyone care?

That all said, I’m not sure that the bond market would necessarily care if inflation did actually occur— aside from a runaway, hyperinflation scenario which is rare. I see a couple structural reasons for why bond investors might shrug off a case of moderate inflation, at least to start.

One reason why investors may hold on to their bonds in inflation’s presence is that there’s simply too much investment demand. This is the premise of The Safe Asset Shortage Conundrum hypothesis (SASC), spearheaded by Ricardo J. Caballero. According to SASC:

In other words, the supply of investible, “safe” assets has not kept up with demand, particularly from emerging market investors like those in China; there’s a supply-demand imbalance. Hence, yields on developed market government bonds—such as U.S. treasuries—have declined reflecting this dynamic. Importantly, the source of investment demand is production and not relative value investors. Thus, fundamentals—i.e. inflation—may factor less into yield considerations as commonly theorized.

While I don’t agree with all aspects of the SASC, I do think increasing prosperity is at play. Consider that:

Over the last 25 years, more than a billion people have lifted themselves out of extreme poverty, and the global poverty rate is now lower than it has ever been in recorded history. This is one of the greatest human achievements of our time.

Said simply, the world’s population has gotten richer, and in particular, those in emerging markets. Inevitably, people will seek to save and invest some of this newfound wealth. Developed markets are a natural choice due to their attractive governance, liquidity, and depth. However, this phenomenon is not limited to government bonds, in my view, but affects all developed market assets. Valuations across most assets have skyrocketed over the past decade: U.S. equities, Canadian real estate, private investments, and more. In my opinion, this is no coincidence. Rather, it reflects the insatiable investment demand resulting from greater prosperity.

Inflation may not change this dynamic. In fact, it could even exacerbate it. Many emerging market economies are commodity-based. Rising prices could increase their profits seeking overseas, safe investments. The asset shortage might even intensify with inflation!

Regulations also factor into bond yields. They often encourage market behavior that seems irrational on the surface. Take negative interest rates for example. While conceptionally absurd (since they imply that productive efforts destroy value), they do exist. In fact, they are rational.

I see regulations as a main driver of negative interest rates. Many financial services companies—banks, insurance companies, pension funds, etc.—buy bonds irrespective of their headline yields. They optimized for regulatory capital or statutory mandates, and not necessarily returns. It can be cheaper to buy a high-quality, negative yielding government bond than an unrated, high yielding corporate security after regulatory factors are considered. These “noneconomic” considerations don’t change as CPI rises and falls.

Then of course, we have the central banks. The Fed’s been buying treasuries for over a decade. While not entirely responsible for today’s low yields in my view, its buying program (Quantitative Easing, a.k.a. QE) nonetheless has an impact. QE represents incremental demand for bonds which puts downward pressure on yields. Many expect the Fed to react to a rising CPI—either by tapering its purchases or raising its policy rate. However, I’m skeptical. After all, studies have shown that the Fed is most reactive to negative stock market moves. Thus, it may balk at ending QE if faced with weak equity markets, which would help support bond prices (and lower yields).

Inflation is a fascinating topic because of how fundamental it is to investment frameworks. For many, it underpins nearly every investment decision. Revisiting such assumptions can be difficult and, quite honestly, frightening.

For me, I was surprised to conclude what I currently do. Ever skeptical of government incursions into the free market, I always held that each action must be inflationary. “Waiting for Godot” has changed my view. It’s not that I reversed course on governments’ interventions in markets; no, I still find them harmful. Rather, my understanding of these topics became more nuanced. If inflation is something like CPI increases, then acute moves seem more likely related to supply and demand shifts than to policies. As much as I’d like to blame today’s rise on loose monetary and spendthrift fiscal policies, shortages look more plausible.

Furthermore, I’m not convinced that bond yields would quickly rise if I’m wrong. Prosperity-driven investment demand, regulations, and central bank policies are important structural factors that could keep them low. Fundamentals alone do not drive yields.

Thus, I remain calm in today’s inflationary environment. I expect it to pass as people and companies get back to maximizing production and profits. While government meddling may impact the long term, the market’s arbitration of inflation matters most for investors today. Listening for its message isn’t always easy, but it is profitable.