Why Commodity Currencies Are Better Than Fiat and Crypto 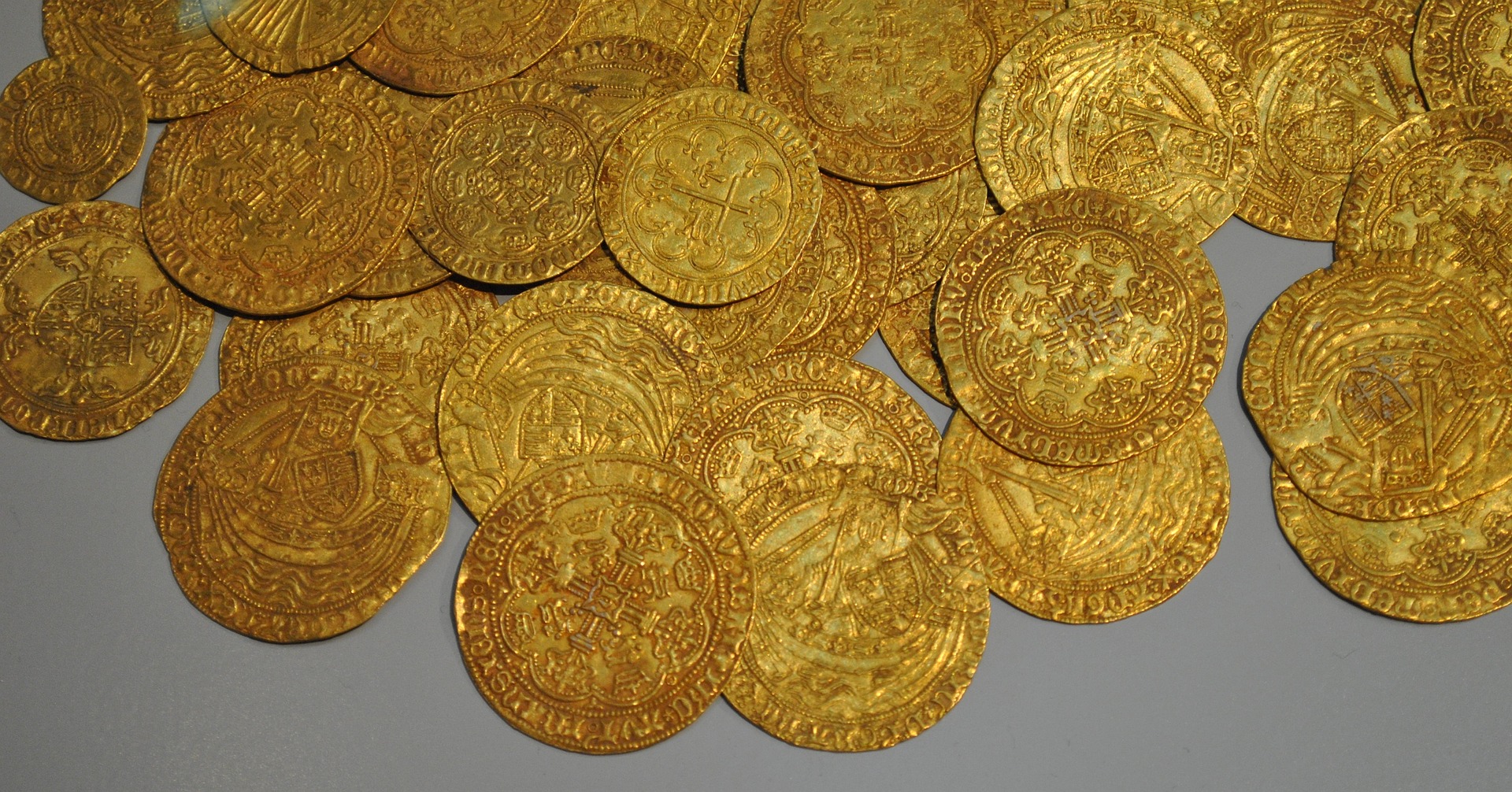 Many types of currencies have been used throughout history. Sometimes commodities defined them. Other times, private bank notes circulated as mediums of exchange. Today, fiat currencies reign supreme while some eye cryptocurrencies as the future. Like so many aspects of money, currencies are hotly debated. This results from money’s many and conflicting definitions. Properly defining it, though, sheds light on why commodities work well as currencies, fiats fail, and cryptocurrencies are a distant hope.

While many conflate the two, currency is a distinct concept from money. Money is properly defined as a common measure of value (only). Currencies mediate exchange utilizing the money concept. They are always assets, ranging from “hard” assets—like metals—to softer ones such debt. Their reliabilities depend upon the difference between the worthiness of their asset values and their monetary denominations.

There are two dominant views of money today: credit theories of money and commodity money. Commodity theories posit that money must be some commodity, such as gold, and hence is an asset. Credit theories view money as debt and a liability. Thus, these views are seemingly at odds with each other. Which is it: asset or liability?

Commodity money is a straight forward concept. These theories define money as concrete, physical objects. Many different types of commodities defined money throughout history including gold, silver, copper, salt, pepper, shells, feathers, tobacco, barley, tea, sugar, cod, animal skins, iron, cattle, amber, cacao nuts, and cloth, to name a few. Metal coins are perhaps the most well-known commodity monies. As early as 600 B.C., humans minted monetary metals into coins of standard denominations which were then used in commerce. To commodity money theorists, money is an asset. It’s a valuable object that’s sufficiently marketable such that buyers and sellers willingly accept it in trade.

Credit theories of money supporters posit that money, credit, and debt are the same, just viewed from different perspectives. Alfred Mitchell Innes, an early proponent of the Credit Theory of Money, saw money as a creditor’s right to acquire a payment from a debtor. The value in question is money. According to Mitchell Innes, money is strictly a promise to pay someone, something, not a commodity. It’s an IOU. Money represents liabilities.

Many societies employed credit-based systems of money. The Sumerians in Mesopotamia created one with clay tablets. Wooden tally sticks in medieval England, notched strips of bamboo in China, and knotted cords in South America recorded debts too. They all accounted for and settled financial transactions. In fact, even metallic coins act mostly as value-tracking tokens rather than monetary standards. Mitchell Innes documented the large degree by which coins of equal denominations in ancient Greece and France between 457 and 751 A.D. varied in their metal content and purity. The variances were too large for the metals to act as monetary standards themselves. Instead, Mitchell Innes concluded, coins represented value rather than contained value.

As currency theories, both commodity and credit theories seem valid

Credit and commodity theories of money conflict. Yet each rest upon valid observations. While both define money as a common measure of value and medium of exchange, commodity theorists consider money an asset while credit proponents see it as a liability: exact opposites! Interestingly, their commonalities and differences greatly helped me understand money; but not until I viewed these as currency theories, not money theories (more on this later).

Credit theorists correctly observe that transactions occur based on promises. Hyman Minsky famously noted that “in principle [anyone] can ‘create’ money—the only problem for the creator being to get it ‘accepted’.” An IOU written on a bar napkin can suffice in some instances. Even coins comprised of precious metals had a credit component to their values as they traded in denominations well above —and apart from—their intrinsic values (i.e. the value of their metal content), as Mitchel Innes illustrated. Thus, currency need not be a commodity.

Yet, commodities played important monetary roles throughout history. Whenever removed from currencies serious inflations emerged. The inflation following the debasement of the Roman denarius played a central role in Rome’s demise. The heavily indebted and economically hobbled Germany tried to print its way out of its debilitating World War I reparation payments by purchasing foreign currency with newly-produced fiat bank notes. The strategy backfired and resulted in its infamous hyperinflation. China too, between 1905 and 1950, experienced greater than 300% inflation rates when it transitioned to fiat currency from a silver-anchored one. The fact that over 150 fiat currencies have failed due to hyperinflation reveals that commodities play an important role too.

Once I reframed money as a common measure of value only, the differences between commodity and credit theories disappeared. I now see how both describe characteristics of currencies, not money, but from different perspectives. Currencies do track credits and debts; they are assets; commodities do make great currencies; fiat currencies can work, but are fragile; the best currencies are objective (objective means observable by all; not that all agree that the value observed is “right”).

Money is the concept that quantifies the economic value of things. Currencies and credit are applications of money. They utilize its language. Credit and debt describe the relationship of an asset (i.e a thing) to a person. The owner of that asset can account for it as a credit, denominated in money; someone who owes payment to another has a debt. Note that one person’s debt (a liability) is another’s credit (an asset). Mitchell Innes was correct.

All currencies bear acceptance risk—the risk that someone else will not accept it in a transaction thus leaving the holder with a worthless token. Trade exchanges value for value on agreed terms. One party receives currency in return for a tangible asset. In doing so, he/she assumes a risk of the currency retaining its value and use in trade at a later date. If currencies don’t, they simply can’t play their part in transactions and currency holders lose out. For this reason, the best currency is one that maintains a stable value. Buyers and sellers must trust that they can use it again and in their denominated amounts.

The less acceptance risk the better

Acceptance risk explains why commodity currencies fare better than fiat currencies or pure credit systems. Commodities must be physically produced and have graspable (if not directly observable) market values. They provide perceptual reminders of a commodity currency’s value. Furthermore, these values cannot be easily manipulated or faked. Debasements are measurable and observable.

Note that commodities can’t eliminate acceptance risk. They can, however, mitigate it. The commodity content can be extracted and sold from an unwanted commodity currency providing a partial recovery to the holder. Thus, the closer a currency’s commodity value is to its denomination, the lower its acceptance risk.

Hence, fiat currencies are riskiest. Fiat currencies cost little to make and have de minimis intrinsic values. For example, it costs less than 8 cents to produce a physical $1 bill and 17 cents for a $100 note. An unwanted bill has no virtually no marketable use or value. Thus, the acceptance risk of a $100 fiat bill is much greater than a similarly denominated gold coin. While fiat currencies can clearly be used successfully, holders assume significant downside risk. They can also easily and cheaply be created making debasements imperceivable. Thus, political stability factors large into fiat currency values. It’s no accident that U.S. dollars are more readily accepted than the official currency in Zimbabwe. The U.S.’s relatively free political environment lowers the risk that it will be overproduced, lose value, and shunned in transactions. However, absent government mandates I doubt fiat currencies would exist.

Cryptocurrencies have too much acceptance risk to function as currencies

While many eye cryptocurrencies as the mediums of exchange of the future, I remain skeptical. Without an economic use-case, cryptocurrencies suffer from the same shortfalls as fiat currencies. Currently, they have large gaps between their intrinsic values and denominations, and can easily be created and destroyed. Their only chance to be used as currency is to acquire commercial uses. Only then can a cryptocurrency lower its acceptance risk enough for people to trust it in trade.

To be fair, some cryptocurrencies are being developed with this in mind. Bitcoin’s decentralized blockchain ecosystem was designed to send and receive electronic payments. Ethereum’s smart contracts were created with commercial applications in mind. However, none have enough utility today to reliably function as currency (not to mention that they suffer from flaws such as Bitcoin’s fixed and inelastic supply which prevents it from scaling with and representing progressive amounts of value creation). Thus, I see cryptocurrencies as fintech and currency longshots.

Money remains topically for good reason. It plays a central role in our economic lives, from banking, to monetary policy, to cryptocurrencies. Currencies are just one aspect that impacts investing.

Competing theories characterize currencies as assets or liabilities. This creates factions favoring gold, or fiat currencies, or Bitcoin. Yet, valid observations underpin each. Only by separating currencies (medium of exchanges) from money (a common measure of value) could I make their connections.

Currencies are assets, but tokens that trade above their intrinsic values. The best ones minimize acceptance risk. Thus, their most desirable qualities are commercial utility, stability, and transparency. This explains why commodity currencies functioned best, fiats have been failure-prone, and cryptocurrencies have a long road to adoption. As I learned, formulating reliable currencies is crucially dependent upon formulating reliable concepts of money.